A Bundle of Energy 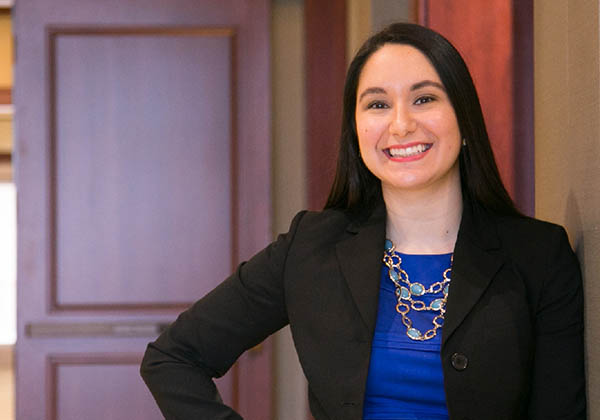 Don't try to pigeonhole Alejandra Baptista. She has worked as a buyer, but she has also probed the depths of enterprise resource planning (ERP) software, mastering several different versions of SAP. Baptista has become so adept at using the software that she became a trainer, and lent support to users during a system upgrade.

In her current role at NuStar Energy, Baptista maintains the crucial vendor master database. In addition, she works with accounts payable to make sure vendors are paid correctly and on time. But when a chance arises to help NuStar in a new way, she grabs it. For example, "Alejandra has stepped out of her box to maintain records for most of our contractors that are required to hold insurance," says nominator Cheryl Foster. "She is eager to learn and always volunteers for new projects."

Baptista started making her mark in her earliest days at NuStar, soon after she graduated from Baylor University. Her project was to scrutinize invoices to make sure they adhered to the terms of suppliers' contracts. She soon zeroed in on one vendor that wasn't always applying the promised discounts. So she started a full-scale analysis.

"I pulled invoices over the course of our contract period, and created a spreadsheet to document each invoice and where the discounts were not being met," she says. Armed with the facts from Baptista's presentation, management worked with the vendor to set things right. "We got back about $158,000," she says.

Pleasures of the job

"It's fun learning what goes on behind the scenes with our vendor records," Baptista says. "And it's rewarding to know that what I do makes other people's jobs easier. For example, because I set up the records correctly, we can meet payment terms that win us discounts from our vendors."

Baptista is devoted to staying active. "If I hear about a company-sponsored team, I'll be on it—practically any sport," she says. It's hard to stop her. After tearing her anterior cruciate ligament during a company soccer game in 2010, she pursued rigorous physical therapy and training to prepare for the 2013 San Antonio Rock ‘n' Roll Half Marathon.

In 2014, she joined the board of ISM-San Antonio as secretary. She's also an active community volunteer—for instance, with the Junior League of San Antonio's Family Endeavors program. "We do crafts with moms and their children who need supportive interaction," she says. "It has been very rewarding."

Most significant project to date?

I conducted a thorough invoice analysis of a top supplier and found it had not been applying the negotiated discount. My efforts led to a $158,000 credit.

Absolutely! I know what I do helps create revenue, impacting the top and bottom lines.