Eye on the Big Picture 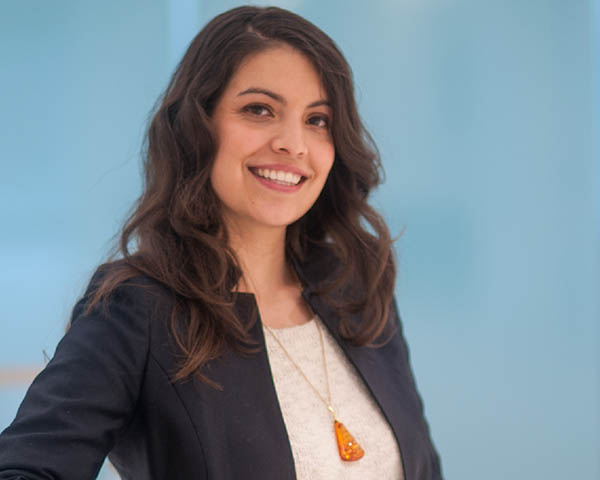 Combining sharp analytical skills with a talent for building relationships, Maren von Platen has won admiration for her work in every stage of her career. "Maren has received accolades and praise from many of her peers," says nominator Kristina Rey, von Platen's boss at Daiichi Sanko. "Her colleagues and managers from Merck and Schering-Plough all cite her consistently excellent performance."

In October 2014, von Platen accepted a new challenge: becoming a sourcing manager at Bayer HealthCare. She loves the pharmaceutical industry because of its mission. "Pharma is about saving lives," she says.

Having already sourced direct and indirect products, as well as various services, these days von Platen focuses on creative agencies. Her work goes far beyond choosing partners to manage marketing campagins. One big goal is to encourage innovation in the way the internal teams that promote Bayer's brands use marketing services.

"I have to get them to focus on the big picture—how we use marketing to generate revenue, how marketing teams can launch new programs, and how they can improve the way they work with strategic suppliers, so they get better and faster results," she says.

Experience in supply chain management provides tools that will serve you well in just about any industry. "It helps you hone skills, such as discipline and patience, that you need to solve complex problems," says von Platen. "It also teaches you to be thorough and plan ahead."

Building from the ground up

One of the proudest moments in von Platen's career came after a previous employer, Schering-Plough, merged with Merck. Von Platen was assigned to a project to combine the companies' sourcing organizations in Latin America. Her fluent Spanish (she was born in Germany but raised in Costa Rica) made her a natural for the job.

"Our task was to develop a single organization that included all the roles, responsibilities, and pipelines of the two companies, and create a roadmap for how it would operate over the next three years," von Platen says. "We also wanted to make the Latin American organization shine against other regions. Its purchasing volume was small, but we hoped to make the region a force for innovation or process improvement."

Von Platen helped design regional sourcing teams, each responsible for a category across Latin America. Along with her boss, she harmonized the information systems and cleaned up the data, providing a single view of spending across the region. They also developed an action plan for process improvement.

"I loved helping to create an organization and define how it would work," von Platen says. "The project also exposed me to the entire product lifecycle, from research and development to manufacturing to go-to-market. And I worked with brilliant people. It was unbelievable how much I learned."

HOMETOWN: Between Costa Rica and Germany

Yes. Anyone who is part of an organization is part of the generator that impacts the business.

Absolutely. This career gives you the discipline and patience to solve complex projects, along with planning techniques and strategy.