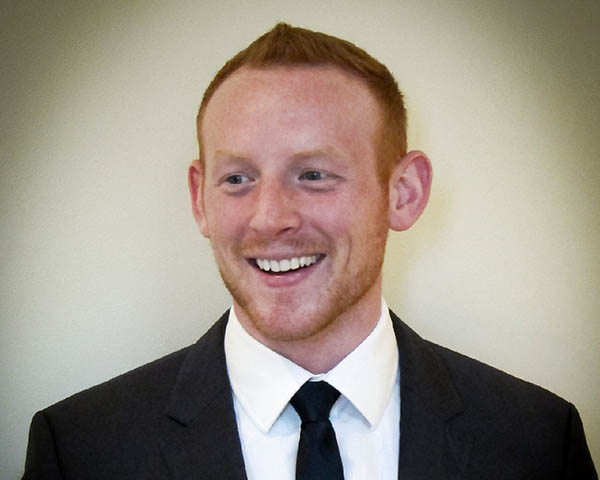 A skilled leader who has proven his ability to pull teams together on complex projects, Paul Boyer has just moved up to a new challenge at healthcare firm F. Hoffmann-La Roche. Until recently, he worked as a global category manager, responsible for primary packaging for targeted therapies. Now, he is a site head of procurement, in charge of all sourcing for a manufacturing plant.

Based on his track record, there's no doubt that he'll thrive in the new job. "Paul demonstrates a level of professionalism far beyond what one would expect from someone his age," says nominator Tania Santiago-Mirabal. "His management has received positive feedback from stakeholders at all levels."

How he got here

Boyer was a business major at Miami University of Ohio when Tom Speh, a professor and past president of the Council of Supply Chain Management Professionals, gave a guest lecture to his marketing class. "He talked about increasing revenues versus decreasing costs to achieve a target," Boyer says. "It provided a look at the impact procurement can make. I found it fascinating."

Boyer asked for a bit of Speh's time the following week. "We talked for a few hours," he recalls. "Then I went straight to admissions, and enrolled in the supply chain program."

In one of Boyer's biggest projects as global category manager, he led the procurement team's participation in an effort to source a pre-filled glass syringe that would serve for most cancer therapies in Roche's development pipeline. "Before we got involved, seven or eight molecules in the pipeline had their own specifications," he says. Running a separate procurement for each, then using all those slightly different packaging platforms at the same plant, would have wasted a lot of resources. Instead, officials at Roche wanted to create a standard set of specs, and choose a standard set of suppliers. Boyer's job was to run the cross-functional sourcing team and get everyone to buy into this new approach to sourcing.

The nearly three-year effort saved Roche a great deal in resources. "And it sets us up for success as these molecules move through the development process and eventually launch," Boyer says.

"If you're still in school, try to get a solid grounding in something other than supply chain," Boyer says. "You need specialties of your own—a unique perspective you can bring to the job. For those who are getting into the workforce now, find a good mentor."

This type of work inspires and challenges. Getting out of bed in the morning, and going above and beyond, is easy to do.

What do you hope to accomplish in the next 10 years?

Continue pursuing opportunities that keep me engaged and are in line with my values and passions. Through my work, I can make a difference in the world.