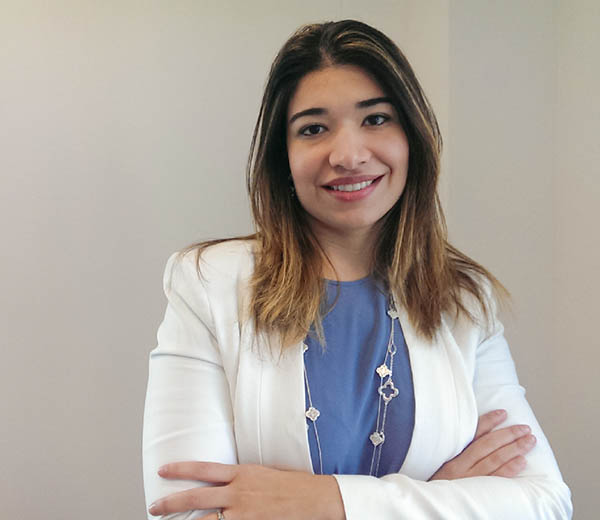 These are exhilarating times for Tania Santiago-Mirabal. After working for two renowned corporate giants—IBM Global Business Services and Pfizer—she recently moved to a very different setting. In September 2014, she became manager of Latin America indirect procurement for Millicom, a Stockholm-based firm that provides mobile, cable, broadband, and other services in Latin America and Africa.

From her office in Miami, Santiago-Mirabal is responsible for all of Millicom's indirect purchases in Latin America—legal services, marketing services, office supplies, and a great deal more. It's a big change from her previous roles. "As a consultant at IBM, and at Pfizer, I managed a particular category," she says. "Here, I have it all." She's also developing global and regional procurement strategies for the seven Latin American countries where Millicom operates.

Santiago-Mirabal came to Millicom with a remarkable resume. At Pfizer, one project was recommending new marketing categories for procurement teams to support. She created a category called market access—services that Pfizer uses while developing a new drug, to gauge what the market might be willing to pay for it. Building a list of preferred suppliers, she then negotiated and executed a series of contracts. "We were able to reduce hourly rates for these niche providers by 11 percent, which generated significant savings for the organization," she says.

A more unusual challenge came when Santiago-Mirabal led the deaccession of a corporate art collection by a renowned American painter, choosing an auction house to handle the transaction with extreme confidentiality. "The sale of artwork generated significantly more than the initial targets set by the CFO," says nominator Jami Bliss.

She is excited that in 2015 she'll start visiting Millicom's Latin American markets. "I'm passionate about Latin America," she says. "It's a market that's growing significantly, and quickly, especially in the telecomms realm."

The bride drives a bargain

So deeply has Santiago-Mirabal absorbed the lessons of supply chain management, she used an RFP to choose a venue for her June 2013 wedding in San Juan, Puerto Rico. That strategy yielded some big wins, including $2,000 in savings on beverage service and complimentary music.

Santiago-Mirabal inherited a tradition of community service from her parents. She got involved with New York Cares, which runs volunteer programs for nonprofits, government agencies, and public schools, and led a music and art therapy program for children with autism. That work won her a leadership award from New York Cares. She also served on the board of Tender Care Human Services, which helps people with developmental disabilities.

Yes. Spearheading the effective management of our strategic third-party suppliers and measuring them on key metrics enables us to deliver on our goals.

Yes. I feel I was born to do this profession because it combines strategy, operations, and strong management skills.