Amid Hanjin Backlog, Shippers Can Turn to Port Strike Strategies 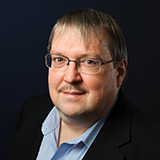 While news of Hanjin Shipping’s bankruptcy dominates today’s headlines, shippers will be feeling the ripple effects for weeks or months to come.

Of the nearly 100 ships listed on the company’s latest operating vessel status report, dozens carry the status of “waiting in open sea.” Others are “arrested,” “embargoed,” or “returned to owner.” A scant few are “underway” or “berthing.”

With the lion’s share of Hanjin cargo yet to arrive, many shippers will have to wait longer than planned for cargo to arrive from Asia. When it does, those rescheduled dockings will be competing for berths in October 2016, a busy time at West Coast ports. And they’ll have to jockey for intermodal and truckload capacity before the holiday shopping season.

They’re choppy waters, sure, but shippers have been through this before.

In 2014, when the labor contract expired at West Coast ports, shippers scrambled to reschedule cargo to avoid the threat of strikes and slowdowns. One result: Load-to-truck ratios on the spot truckload freight market displayed the usual seasonal peak at 4.6 loads per truck in June, meaning there were 4.6 available loads for every available van on the DAT network of load boards.

But demand surged even higher in October 2014 and November 2014 to an unexpected 9.8 loads per truck for vans leaving L.A., an indication of just how hard it was to find a truck on the spot market.

In 2016, ratios hit 5.5 loads per truck in June and dropped down to 1.5 in August, a typical seasonal pattern. In the first half of September, the ratio rose to 2.3 loads per truck, also typical.

Then in the third week of September 2016, as Hanjin announced that a third of its ships were making their way to port, the load-to-truck ratio surged from 2.3 to 4.6 in the L.A. area.

What does that mean? A sharp increase in the load-to-truck ratio usually leads to an increase in the average truckload rate. Ratios may soar even higher in October 2016, with rates likely to follow.

Further complicating matters: within the ports and adjacent container yards, there are some 500,000 Hanjin containers that the company cannot move promptly. Some of the containers are mounted on third-party chassis, which are now unavailable for freight moves by other companies. When there is a shortage of chassis at the port, it contributes to bottlenecks in the rail intermodal segment.

These freight movements will be exceptions to the usual schedule, and exceptions tend to create opportunities for spot market participants. Expect spot market rates to rise in October and November, primarily for dry vans, but also for power-only hauls that re-position trailers.

While all of this is going on, the Midwest and Northwest are reporting strong fall harvests, adding to demand for dry and refrigerated vans. Refrigerated trailer capacity may be at a premium, which could drive spot rates for reefers higher. With fewer reefers competing for van freight, we can anticipate higher demand and rates for van trailers, too.

Weather events, including floods and hurricanes, tied up capacity in August and September and there is ongoing demand for trucks in the affected areas to help with relief and rebuilding.

Shippers have dealt with supply chain disruptions before and many have contingency plans for weather, bankrupt carriers, labor strife, and the higher transportation costs that go with them. They’ll be put to the test in fall 2016.