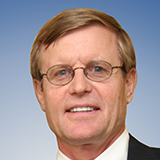 After nearly 10 years and $5.4 billion, worldwide shipping is in for a major shakeup.

With the nearly triple-the-size expansion of the Panama Canal completed in late June 2016, a vastly increased quantity of goods will be able to easily traverse one of the world’s most important waterways. This change comes amid a slump in the global shipping industry attributed to China’s faltering economy and a decrease in global demand. The impact of the expansion will be felt across the global supply chain, especially by ports in the United States.

The Panama Canal first opened in 1914 and saw about 1,000 ships pass through it per year. By 2015, more than 13,000 ships per year were traveling through the canal, but ship size limits and bottlenecks were limiting traffic. Before the recent expansion of the canal, the largest ships allowed passage, called Panamax, were limited to 965 feet in length and 106 feet in width, limiting larger and more efficient ships from transiting the canal.

The nine-year, $5.4-billion expansion project more than doubles the capacity of the canal and raises the size limit of ships to 1,200 feet long and 160 feet wide. Ships meeting these new limits are called New Panamax ships. Traditional Panamax ships can carry 5,000 TEUs (Twenty-foot Equivalent Units), while New Panamax ships can carry 12,000 TEUs, dramatically decreasing the cost per TEU for transport. These upgrades alone will alter supply chains by allowing goods to be more cheaply and efficiently shipped to market.

The Panama Canal expansion has not occurred in a vacuum and, coupled with recent trends, has the potential to gradually shift some American shipping from the U.S. West Coast to the East Coast. Of the top 10 ports in the United States, those on the West Coast increased their container throughput by 1 percent on average from 2014 to 2015. During the same period, those on the East Coast increased their container throughput by almost 10 percent.

Labor disputes account for some of the slow growth on the West Coast and are causing some importers to look for ways to avoid those ports. There are a series of development projects in the east that are transforming the region’s potential, including: a $2-billion investment in the Port of Miami, a harbor-deepening project in Jacksonville, the addition of four cranes to the port in Baltimore, and a plan to raise the Bayonne Bridge between New York and New Jersey, after the Port Authority of New York and New Jersey has already spent $6 billion to deepen the harbor and complete other projects.

These local upgrades will allow eastern ports to meet the New Panamax requirements and lower costs of shipping, tempting many companies to ship their goods directly to markets in the populous U.S. East Coast and build new warehouses east of the Mississippi.

While West Coast labor problems, regional developments, and the Panama Canal expansion are catalysts for this shift in shipping, other global opportunities also have a role to play in this change. For example, ships heading from Asia to the East Coast are now being offered 30-percent discounts on the price of passing through the Suez Canal, making this another potential alternative to shipping to West Coast ports.

It is difficult to understate the long-term impact the expansion of the Panama Canal will have on global supply chains, and particularly on the quantity of shipments that are directed to the East Coast of the United States. With a history of labor problems on West Coast ports, East Coast port upgrades, and large markets east of the Mississippi that can be served more efficiently from eastern warehouses, the Panama Canal expansion will likely spur a realignment in which eastern ports take on a new and larger role in the continental supply chain.