Shippers Should See Positives from the Trade Promotion Act 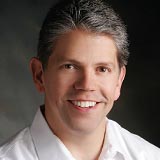 When the U.S. Congress passed the Trade Promotion Act (TPA) in June 2015, debate over its benefits and how its passage would affect the U.S. economy lingered. U.S. Congress felt that the goal of TPA and its historical record were solid proof of the benefits this legislation would provide.

Although TPA is not a trade agreement, it lays the groundwork for future trade agreements between the United States and other countries. It is not new, nor does it provide more power to the executive branch of the U.S. government. TPA has existed for more than 30 years as a way to negotiate trade agreements without a Congressional debate. It does not allow a U.S. President to sign the trade agreement without a final vote by Congress—who still retains the right to review and veto any trade agreement well before implementation.

TPA is a tool used by the U.S. legislative and executive branches to advance trade negotiations with other countries, thereby allowing U.S. companies to expand into markets that would normally be out of reach due to trade barriers. It forges the path toward competitive opportunities and overall success in global markets for U.S. companies.

In the 2014 statistics from the International Trade Administration (ITA), the total goods exported to free trade agreement (FTA) countries from the United States amounted to 47 percent of total exports. In imports, 35 percent of all goods imported into the United States were from FTA countries. These statistics indicate that FTAs can improve trade and open commercially meaningful markets. With trade agreements in place, American companies can source the needed materials to manufacture goods at a reduced, if not eliminated, duty rate. Additionally, lower duty rates on U.S. exports to FTA countries make U.S. products more competitive, propelling growth and generating jobs.

Passage of TPA strengthens the United States’ hand in concluding the Trans-Pacific Partnership (TPP) successfully and demonstrating to our trading partners that Congress will more likely pass implementing legislation without amendments. TPA will make it easier for the United States to expand trade and investment with the six TPP countries that are existing U.S. FTA partners, and also open new markets in the five countries that are not current FTA partners—including Japan, the world’s third-largest economy.

The TPP region economies represent nearly 40 percent of global gross domestic product (GDP). With the President signing the trade deal in February 2016, we move one step closer towards implementation although realistically, for a complex deal of this nature, timelines can easily stretch into 2017.

In addition to TPP, TPA also supports the Transatlantic Trade & Investment Partnership (T-TIP), which is a comprehensive agreement to expand trade between the U.S. and European Union. The U.S. – EU economic relationship is already the world’s largest, accounting for one third of total goods and services trade and nearly half of global economic output. T-TIP would eliminate almost all tariffs on trade between the EU and U.S. Additionally, bigger gains are envisioned from reduction of non-tariff barriers, or promoting trade through regulatory cooperation.

With TPA now in place, the President has the authority to submit trade agreements to Congress for an up-or-down vote within a set period of time and without amendments, streamlining the process and time to implement. The last TPA ended in 2007, and the consequences of that gap are evident when looking at the growth of trade agreements around the world. The United States has only 14 trade agreements signed and in effect. By contrast, the European Union, Asia-Pacific region, and Latin America have 31, 119, and 147+ trade agreements in effect, respectively.