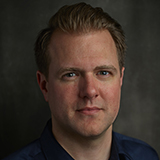 As the 2016 Presidential election results were announced, it became clear that the candidate with the least concrete trade policy had won. This created a fair amount of concern for supply chain professionals everywhere: Would the new president implement the protectionist measures he campaigned on, or were those statements made primarily to appeal to an audience? Either way, the vague proposal and minimal specifics have created uncertainty, and uncertainty adds to the volatility of an already volatile industry.

Americans alone import roughly $538 billion of foreign sourced capital goods, many of which require a complex set of solutions, solved in part by machines but primarily people. Machine goods, perishables, etc. require a lot of partners that are all party to the transfer of goods. Cold storage, warehousing, etc.

One can't just make the process cheaper in order to justify the cost increase using technology. If the president-elect implements increased tariffs to encourage demand for local production, the price of foods we consume would need to increase, since the labor costs associated with production are already at a minimum. International workers would take a hit and Americans’ incomes wouldn’t likely cover the delta (the increase in cost of goods at the destination, once the cost of trade has drastically increased).

Globalization is no longer something to campaign against; it's already happened, it's a reality. As president, Donald Trump can increase the friction of trade through tariffs, but if banks leave trade finance, or producers decide that their yields can’t keep up, Americans will be left wondering what is left to eat besides corn and livestock.

Corn in the United States is a primary ingredient that we consume, by eating corn directly, or the food we eat is made with large doses of corn as sugar. More to the point though, it is all we produce food-wise (relative to land), as a country.

Our fields have been mono cropped to the point of no return. There is no more space for crop diversity. It has to come from other places now; there is no going back.

Below are my supply chain predictions under the new administration.

1) If policy trends towards protectionism, we'll see an increase in commodity price volatility.

The cost of raw materials and food will increase dramatically. Think Albania under populist rule. Building will cease and existing infrastructure repair (steel isn't actually made here) will quickly become too expensive (labor and fluctuating prices on goods) to justify with existing tax schemes. Oddly enough, socialist style subsidies are likely the only way to counter such a move (more taxes!).

Either way, lower demand, lower price, increasing stockpiles, massive refinery/mining layoffs. As an aside, copyright law and internet neutrality could be completely destroyed.

2) If policy trends towards globalization, we'll see a decrease in tariff costs with our trading partners and the price of consumer goods may decrease.

As an aside, copyright law and internet neutrality could be completely destroyed under this regime as well. Poor internet, we loved you so much we killed you. Like a serial killer or something out of a David Lynch movie.

3) The dollar will become less of a reserve currency if the owners of U.S. treasuries (primarily foreigners) lose faith in our rule of law. Watch whomever is appointed Supreme Court justice.

4) We will see an increased exodus of intellectual property from the United States to safer locations as well as the talent that generates new IP.

Like most economists, I predict we're in for a recession due to policy to come over the next four years and overall I'm shorting the United States. It took Germany a long time to bounce back from protectionism and war. The president-elect seems to enjoy both concepts. Either way, poor people will overall become poorer and receive less opportunity which I didn't think was even possible.