Why Retailers Need the TPP 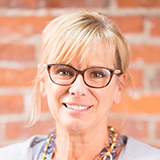 In recent months, the acronym “TPP” has made international headlines, and has been a somewhat unexpected cause of dissension and acrimony among governments and citizens.

The Trans-Pacific Partnership, more commonly known as TPP, is a trade agreement that aims to deepen economic ties among 12 countries along the Pacific Rim by reducing tariffs and stimulating trade to create growth. In a nutshell: If passed, the agreement will create the foundation for a single world market.

TPP supporters believe the agreement will boost the economy and open doors for improved goods, while those opposed argue that jobs will be lost and the economy will suffer. As with previous trade agreements, the crux of the debate is around jobs and border control. The retail industry is at the center of TPP and has the most to gain—or lose—with the fate of the bill.

Retail’s race to the bottom must end

Over the past several years, the retail industry has experienced a race to the bottom in terms of price and quality. Retailers have sacrificed quality in order to pay a lower price for raw materials and associated manufacturing costs, which has led to decreased sales. This trend was starkly illustrated in a post-2015-holiday season Bloomberg report, which revealed that retail sales only posted annual gains of 2.1 percent over 2014, the worst performance since 2009. Given this trend line, it is clear retailers have won—or more appropriately, lost—the race to the bottom, allowing big box stores to gain a competitive edge over more traditional retail stores.

The first step in rectifying this quality problem is identifying what led to it in the first place, and taking the proper measures to adopt different actions. In terms of TPP, there are a few reasons why retailers need to stand behind the passage of the agreement including:

Retail is evolving on a daily basis with many companies seeking to leverage new technology and expand into new markets. While there are those that oppose the passage of TPP, retailers need to come together in support of the trade agreement that will ultimately improve the industry for all.