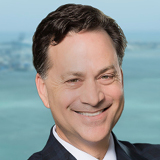 CBP may detain a container for a few hours or for many weeks while it determines the admissibility of the imported merchandise, and whether the cargo in the container was properly declared for an accurate description, quantity, value, tariff classification, and country of origin.

CBP is required to advise the importer and its customs broker of the reason for the examination; however, CBP officers often will not do so or the Notice of Detention is vague. The importer only learns that the cargo detention has become a seizure when CBP's Fines, Penalties and Forfeitures Office provides a formal Notice of Seizure letter by describing the date, place, and legal basis for the seizure.

U.S. Customs removes the contents of the container into a seized property warehouse, and returns the container to the port of entry. The owner of the seized merchandise can then file a Petition for Relief with CBP to attempt to regain possession of the merchandise.

For shippers and importers of merchandise into the United States, it is best to be prepared to answer any questions if CBP examines your imported cargo. Believe it or not, even after the cargo has been cleared and delivered to a private warehouse, it is common for CBP to issue a Request for Redelivery of the container back to CBP for examination.

Finally, a CBP import specialist may issue a Request for Information about the shipment up to five years after the arrival of the cargo into the United States.

The most common reasons CBP seizes a shipment are:

1. False country origin. For example, to avoid anti-dumping or countervailing duties, CBP will seize imported cargo declared as country of origin Vietnam, Thailand, South Korea, or Malaysia when it is believed to have been made in China. This is what CBP would call an illegal transshipment.

In this situation, the importer should have a complete set of production and transportation documentation from the overseas supplier available upon request.

2. Suspected counterfeit merchandise. It is common for a foreign supplier to use an American trademark, such as HP, Apple, or Bluetooth, without the trademark owner's authorization. In this situation, the importer should have, in advance, a digital sample of the product and its packaging, and identify and obtain written trademark license approval from the trademark owner or its representative before paying for any merchandise. Have those documents ready upon CBP request.

3. Unmanifested or undeclared merchandise. If a shipment has narcotics combined with it, the entire shipment will be seized, even if the remaining shipment is legitimate. For an incorrect or false tariff classification or undervaluation, it is more common for CBP to assess a monetary penalty against the importer than to seize the shipment.

Waiting for CBP to examine the contents of a container before getting it released is frustrating. Promptly getting a customs broker and attorney who specialize in these matters is recommended. It may be that communication with CBP will result in an understanding of why the cargo is being detained, and what information is required to get it released promptly. Promptly initiating contact with CBP after it selects a shipment for examination is critical.

Moreover, CBP may have selected the container based on a request from another federal agency, so learning which agency made the request will help the importer focus on the potential concern to be addressed.