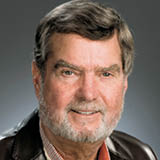 Q: Is there confusion over what constitutes a safe carrier when screening and contracting for shipments?

A: Most definitely. Unfortunately, the courts are deciding safety standards for carriers, and their opinions vary widely from state to state. This puts contractors—shippers, brokers, forwarders, and receivers—in an awkward position, particularly when something goes wrong, such as a roadway accident. This inconsistency leads to a lot of legal headaches and finger pointing in determining liability. Who's to blame? Today, there is no consistency in national safety standards for motor carriers. This also represents a problem for carriers, who want clarification in order to operate on a level playing field.

A: Yes and no. FMCSA is authorized by Congress to evaluate and revoke the interstate operation authority of unsafe carriers. But the wide range of state court decisions regarding motor carrier safety has caused transportation providers to second-guess the FMCSA. Currently, there are no hiring standards or requirements, creating a void that has allowed some motor carriers to operate without proper licensing and registration.

Q: What is being done to standardize and strengthen safety standards?

A: In May 2014, U.S. Representatives John Duncan (R-TN2), Rodney Davis (R-Ill.), and Erik Paulsen (R-MN3) introduced H.R. 4727 to clarify and standardize industry best practices for hiring safe motor carriers. If it passes, the legislation would prevent the hiring of any motor carrier that is not properly licensed and registered with FMCSA, has not obtained minimum insurance, or holds an "unsatisfactory" safety rating.

H.R. 4727 also eliminates the confusing and conflicting Behavior Analysis and Safety Improvement Categories (BASIC) system, which determines negligence in the selection of an unsafe carrier. Instead, the FMCSA safety rating would become the final word in carrier selection; it would not address gross negligence or criminal wrongdoing.

The Transportation Intermediaries Association (TIA), whose board I serve on, and other transportation industry experts believe H.R. 4727 would do the same for interstate safety liability as does the federal regulation of rates, routes, and services of carriers, brokers, and forwarders (Title 49 U.S.C. Section 14501). Put more simply, interstate commerce requires national oversight, not state-by-state interpretation.

Q: What is the status of the national hiring standards bill for motor carriers?

A: The legislation has been introduced, and currently has four co-sponsors. Supporters of the bill would like to see it included in the Transportation Reauthorization Bill, which is set to expire in May 2015.