All Aboard a Modal Conversion 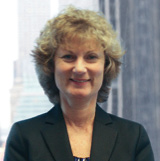 Intermodal is crossing over. In August 2013, U.S. domestic traffic averaged 257,795 units per week, the highest weekly average ever recorded, according to the Association of American Railroads. All indications suggest intermodal growth will continue to roll.

As over-the-road shippers embrace the efficiency, economy, and sustainability of shifting truck shipments to rail, a conversion is happening—beyond just mode selection. Supply chains are becoming more nimble and reactive to supply and demand changes. With greater visibility to, and control of, inbound movements and upstream processes, shippers can accommodate longer lead times and purposefully orchestrate transportation—whether it's consolidating less-than-truckload to truckload at a crossdock, or transloading ocean boxes to container on rail.

Intermodalism has been a gradual "revolution"—one IL has been tracking over the past decade. In 2003, we wrote about how BJs Wholesale Club started using Florida East Coast Railway's (FEC) intermodal service to deliver trailers on rail from its Jacksonville DC to Miami club stores. One decade later, FEC continues to dispel the myth that short-haul intermodal—and intermodal to retailer—are impossible.

Several years ago, Welch's made the move to intermodal when fuel costs rose. For the food manufacturer, it was a measured approach, in lanes where service was time- and cost-competitive to truck.

Today, as capacity and driver shortages loom, truck rates rise, and environmental awareness continues to grow, shippers have even more incentive to consider alternative modes—for the long term. As long as decision-making remains fixed on cost, intermodal use will only grow. Railroads, to their credit, are investing in services and infrastructure beyond ports, expanding connectivity and making rail a more viable and dependable option.

Embracing intermodal as a transportation strategy requires behavioral change, which doesn't come easy. Retailer demands and rail reliability, especially regarding time-definite service, are often incompatible. While movement on the demand side still lags, farther upstream in the supply chain, shippers are jumping at opportunities to convert truckloads to intermodal.

Merrill Douglas' article Intermodal Efficiencies offers an instructive look at how two manufacturers have devised creative ways to incorporate rail transportation within their respective supply chains. And, on the tracks, Lisa Terry's Where Safety and Innovation Converge explores how the rail industry is ramping up investments in technology, equipment, and infrastructure to strengthen and secure its stake as a safe and efficient mode.

Related Articles
Intermodal: Too Much of a Good Thing?Intermodal EfficienciesMemphis: America’s Aerotropolis
Trends—July 2010
Amid Hanjin Backlog, Shippers Can Turn to Port Strike StrategiesHouston, We've Got a ProblemAlaska: The Vast FrontierIntermodal Transportation: Rise and ShineIntermodal : Making the ConnectionFreight Transport in Alaska: The Haul of the Wild More related articles...