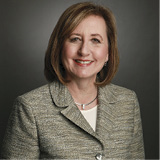 The panel derived its recommendations from extensive interviews with freight and passenger rails; federal, state, and local government officials; and transportation policy experts.

Recognizing that Chicago is always only one snowstorm away from gridlock, the panel made a number of suggestions to improve infrastructure.

Highest on the panel's list is the completion of two Chicago Region Environmental and Transportation Efficiency (CREATE) program initiative projects that were proposed, but never funded. These include the construction of flyovers and additional tracks in the 75th Street corridor region and the Grand Crossing area, which could have a dramatic impact on reducing freight and passenger delays in the Chicago district.

In addition to increased infrastructure investment, the panel suggests a number of operational improvements. Key among them is creating a centralized dispatch center in Chicago. While it is not likely any of the Class I railroads will willingly relinquish control of train dispatching along their routes, this proposal appears to endorse a more modest approach. The proposal suggests creating a centralized dispatching location for all freight and passenger railroads in Chicago. This will allow for better coordination among dispatchers when inevitable problems grind traffic to a halt.

The real-time information flow and improved interaction that will follow from a centralized dispatching location should result in fewer bottlenecks in the Chicago rail network.

Finally, the panel calls for Amtrak and the freight railroads to continue improving their operational performance, expanding the RRIF Loan program to fund some of these improvements, and developing a more streamlined, coordinated approach to the environmental review process that must take place before implementing any infrastructure work.

The panel's report demands action by all stakeholders in the Chicago rail network, and its members hope that, by drawing attention to the crisis, they will spur action to resolve the gridlock.

Unfortunately, this report proposes improvements that come with a multi-billion-dollar price tag—a tough hurdle to overcome in an era of government budget cuts. According to the panel's findings, however, the cost of not going forward with these improvements will burden the economy with many billions of dollars more in freight and passenger delay and congestion costs.