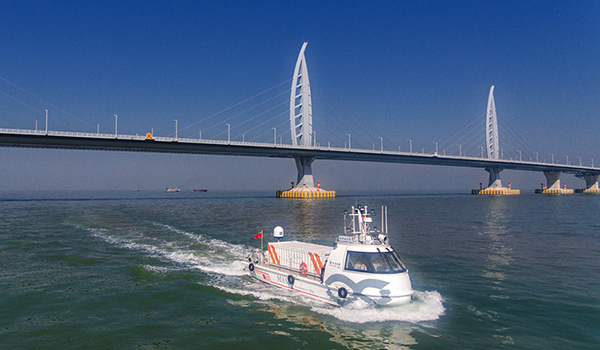 Measuring about 42.2 feet long and 12.5 feet wide and designed to travel at 8 knots, the vessel is operated by automatic navigation technology and remote control, and is equipped with an electrified power plant. The ship can save shipbuilders more than 20% on construction costs and 20% on operational costs, reduce fuel consumption by 15%, and significantly reduce emissions, according to developer Yunzhou Tech.

The maiden delivery comes after the ship had already completed a number of remote control and autonomous navigation tests. Yunzhou Tech began developing the ship in 2017 in collaboration with Wuhan University of Technology and the China Classification Society, and delivered it in November 2019.