Average Is for Other People 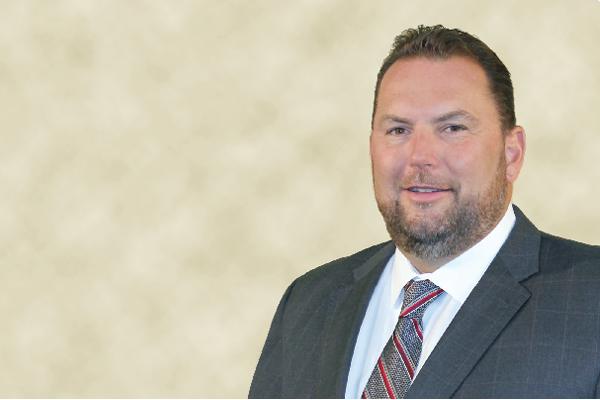 Derek Leathers embarked on his first big business venture when he was 12 years old. The scene was the circus, where his stepfather helped him get a job selling popcorn up and down the aisles.

"They weren't able to employ me officially, but I got to keep whatever I made in tips," Leathers says. "It was an opportunity to 'eat what you kill' from a competitive perspective. If your marketing, performance, and ability to serve the customer were better than others', you made more money."

Those lessons from the Big Top served Leathers well in his rise from trucking dispatcher to his current role: president and chief executive officer at Werner Enterprises. Leathers describes other forces that have influenced his leadership and shares his priorities at Werner today.

IL: How did you get into transportation and logistics?

I majored in economics and finance at Princeton and was hired for a job in investment banking at Citi Corp. (now Citibank). But the company pushed back the starting date for new hires from the class of 1991 by six months. I couldn't afford to go that long without a paycheck, so I applied to the only employer still doing interviews on campus, Schneider National. I took an entry-level job as a dispatcher. I planned to stay for only six months, but I fell in love with the industry.

I loved the opportunity to gain management experience and work with the independent spirits who get America's goods to market on time every day, so the economy can grow. I loved the fact that what we were doing really mattered.

IL: What makes you an effective leader?

The most important thing is having the ability to communicate with all levels of the organization and give them the message about why what they do matters. I love spending time with our drivers, but I'm equally comfortable in the boardroom or in our customers' executive ranks. We do town hall meetings, both at our headquarters and across our terminal network. I'm constantly on the road, and any time I'm in a city where we have a terminal, it's understood that our team will stop by to hold a driver meeting.

IL: What's one early experience that shaped your career?

As part of an executive management trainee program at Schneider, management asked me to go to Mexico and put my financial knowledge to work assessing a domestic Mexican trucking company that Schneider had bought. This business was failing; they wanted me to find out why. When I returned to headquarters and reported to our leadership, to my great surprise, they asked if I would be willing to go back and fix the problem. It was an opportunity of a lifetime for a person early in his career. So, with little preparation, I moved to Mexico City.

This was a unionized operation with about 300 trucks. Only one individual on site spoke English. I thought I spoke Spanish, but when it came to conducting meetings and trying to apply leadership in a foreign language, I had a lot of work to do. The experience forced me to improve my knowledge of the language and culture, and of transportation, at a much faster pace than I would have in the United States. I had to make mistakes, learn from them, and adapt.

IL: What's one mistake you made there that taught you an important lesson?

On several occasions, I was so eager to 'Schneiderize' the operation, I didn't realize that sticking to Schneider's core values, but adapting to the culture and country, would have been smarter. This taught me the importance of having mentors. I asked the company to set up an internal board of directors to oversee the Mexican operation, so I could gain insight and tutelage across human resources, maintenance, finance, and other disciplines. We included people from the U.S. corporate organization to advise me on all things Schneider and trucking. I also had a couple of people in Mexico who advised me on cultural issues and became lasting friends.

This experience offered an important lesson about leadership. You need to be transparent, to ask for help, and accept guidance, while also staying true to your own vision.

IL: What is your top goal at Werner today?

It's an unwavering commitment to excellence in everything we do. We have a saying around Werner that's on posters around the building: "Average is for other people." I want to build an organization where each individual, at each job level, really believes in and aspires to being well above average.

IL: How do you nurture that value?

You must reward behavior when it's apparent and visible. As a leader, you have to take the time to celebrate successes—illuminate them, so people know what success looks like. Also, you have to be diligent and absolutely unwavering in your expectations. Every opportunity, no matter how small it may be, when you notice the organization or an individual accepting an 'okay' outcome, or an average expectation, you have to call it out. I do that not by attacking ideas or results, but by asking questions about whether this represents excellence. And if it doesn't, what are we going to do to improve?

IL: What's the hardest aspect of your job?

Having served as chief operating officer, then president, and now president and CEO, it's a challenge to give the new COO the autonomy to do his job, while not forgetting my role as mentor and coach when this person needs support. There are things the new COO will do better than I did, and other things that may require ongoing dialogue. Celebrating diversity of approach while retaining my right to expect improvement when needed requires a tough balance.

IL: How do you cultivate talent in your organization?

To cast the widest net possible, you need formal cultural training and development programs. If you rely only on those you interact with, or those you hear about, you will miss talent in your midst. We have a program called "18 Wheels to Success" for people who want to move up in their careers. They go through the 18 modules as their jobs and time allow. This gives us formal visibility into the up-and-comers and people who are looking to make a difference.

"Coaches are the first real leaders kids are exposed to," Derek Leathers says, and that's why he devotes a major portion of his time outside work to youth sports.

As a student at Princeton University, Leathers played center for the Princeton Tigers football team. In 1997, he and several other Princeton alumni founded PlaySmart, a nonprofit that gives young people in grades 5 through 8 the chance to play sports and develop leadership skills. Leathers also coaches a nationally ranked traveling youth softball team and a youth football team.

"Kids generally say that other than their parents, coaches are the people with the greatest impact on their lives," Leathers says. "My philosophy around coaching is consistent with that belief. We spend more time on life skills and character than we do on actual techniques. The kids play at a very high level, but never at the expense of character, teamwork, honesty, or integrity."