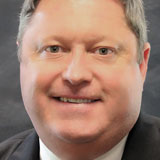 In February 2014, the Obama administration outlined plans for improving fuel efficiency and reducing greenhouse gas emissions for American trucks. To support this effort, the Environmental Protection Agency and U.S. Department of Transportation must set new standards for medium- and heavy-duty vehicles.

The rules, which the agencies must issue by March 2016, will have ripple effects in a number of transportation-related industries. While over-the-road (OTR) trucks represent just four percent of vehicles on the road, they account for 25 percent of fuel use and greenhouse gas emissions.

Whether shippers operate a private fleet or depend on outside carriers, the miles-per-gallon achieved by the fleet that delivers their freight heavily impacts final landed cost. The average OTR truck travels more than 100,000 miles annually, and burns more than 16,000 gallons of diesel, typically in the six-miles-per-gallon range, at a cost of about $4 per gallon.

The mandates are not aimed at carriers or shippers, however, but at original equipment manufacturers. For years, builders of the country's heavy OTR equipment have toiled to meet increasingly demanding standards for reduced emissions.

From 2002 to 2012, the reduction in harmful emissions from new OTR equipment has been nothing short of exceptional. Current model year tractors produce 94 percent less harmful emissions than pre-2002 equipment. The focus now is on reducing CO2 emissions. The only way to do that is to burn less fuel.

The standards and proposed extensions call for an average fuel economy increase of 2.5 percent each year. This means that, as the nation's large fleets begin to replace older equipment, trucks will consume less fuel to cover the same miles.

Major truckload carriers have already done the math and realized that investing in new trucks is a smart decision. When a half-mile-per-gallon improvement in fuel economy equates to a monthly fuel savings of more than $400 per tractor, it's easy to understand why large carriers are investing in new assets and shortening the average time they hold their equipment. In fact, the average fleet age for the top truckload carriers in the country is less than three years old.

The new fuel economy standards should mean more new trucks on the road sooner, and an overall reduction in fuel consumption. New concept models are already achieving nine to 10 miles per gallon.

With many major corporations still holding on to large amounts of cash after navigating through the recession, investing some of that capital in new equipment might be the biggest bang for their buck in a long time.

Some major shippers are even considering a return to private fleet operations because of the greater efficiencies available, both through equipment design and operations management advances. That's especially true when you consider new flexible leasing structure options available from some fleet management companies, allowing companies to base equipment decisions on optimal truck performance, rather than simply running trucks as long as possible.

If you can adapt to this thinking, your company will be well-positioned to ride out the regulatory changes with minimal impact—and may even save on your bottom line.