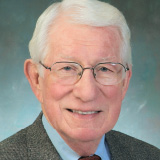 Gil Carmichael is founding chairman of the Intermodal Transportation Institute at the University of Denver, 601-483-9712, and a former U.S. Federal Railroad Administrator.

The United States is finally beginning to realize that we must develop a new transportation policy that meets the dynamic market demands of both domestic and global trade.

The Interstate Highway System of the previous century, created during a 40-year era of “cheap fuel” and serving primarily U.S. highways and airlines, performed well. But today, with a population that has doubled, and continues to grow exponentially, our transportation infrastructure is disconnected, deteriorating, energy-inefficient, and congested. It simply does not fit or function well in a new global economy.

We should congratulate the Federal Railroad Administration (FRA) for taking a significant step toward creating a new National Rail Plan. The FRA could go even further, however, in addressing the needs of what is today a “globalized intermodal” transportation infrastructure.

The FRA can create much-needed economic vitality by producing a safe, energy-efficient, environmentally friendly multimodal transportation policy in which the steel wheel on steel rail once again plays a dominant role.

By utilizing the existing (and already paid for) rail rights-of-way (ROW) network, we can establish a transportation infrastructure that maximizes fuel sources to create an ethical, sustainable intermodal freight and high-speed passenger transportation network.

To be truly global, such a visionary rail-based transportation plan should also include Canada and Mexico, becoming a North American Rail Plan. Governments and private railroads have invested in North America’s 240,000-mile rail ROW network for 150 years. This rail network connects all major center cities and ports in North America.

The expanded intermodal transportation policy would meet this century’s transportation and economic challenges by building Interstate 2.0—a high-speed North American rail transportation system. It will require a working partnership among federal and state agencies of the United States, Canada, and Mexico, and the private sector—especially the freight railroads, Amtrak, and VIA Rail Canada.

On the Right Track

Today we can leverage new, intelligent transportation technologies such as GPS tracking systems, Positive Train Control, and digital sensors. With a new vision and wise investments in our transportation infrastructure, this new North American Rail Plan will seamlessly connect all transportation modes, including ports, airports, and transit systems, dramatically improving freight movement across the continent.