Ethan Frisch: The Spice is Right 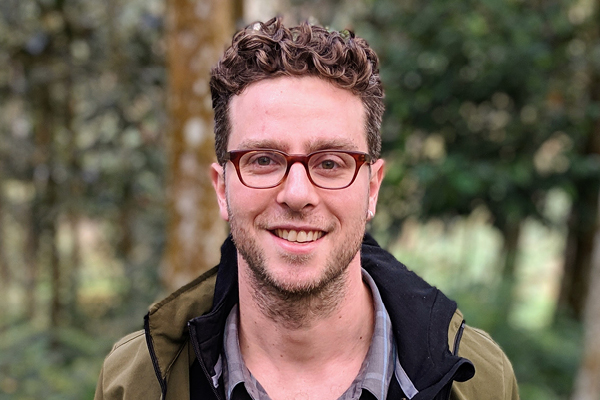 After graduate school, I moved to Afghanistan and spent several years doing logistics work around infrastructure projects. Because of its history and geography, Afghanistan grows incredible agricultural products, yet has done little exporting. I came across varieties of spices, as well as fruits and nuts, unlike anything I'd tasted.

The idea for a spice company started with the wild cumin that grows in Afghanistan's Hindu Kush mountains. Struck by how good it was, I shared it with chefs and others in the food industry in the United States and received an overwhelmingly positive response. I realized that farmers around the world are growing special ingredients but aren't able to export them.

My co-founder and I started Burlap & Barrel in 2017. We now source several dozen spices from 11 countries. We circumvent outdated networks of middlemen and work directly with farmers to bring spices to market within weeks of the harvest.

When we began, I knew nothing about supply chains, agriculture, customs, food safety, or distribution. I read everything I could and talked to people who'd worked in the industry. Some of the process involved screwing up, and then figuring out how not to screw up again.

Working through friends who'd lived in different countries, I found groups of spice farmers looking to do their own exporting. That had been hard to do, as the standard practice is to sell your crop to a local consolidator as a commodity, with no real consideration for quality.

We buy small quantities, but we pay our farmer partners more for their best products. We're asking our partners to do more work than they would selling into the commodity supply chain, but they can make a lot more money and hold a lot more control over their businesses.

I told a cinnamon-growing cooperative in Sumatra, Indonesia, that I wanted their oldest, strongest-flavored cinnamon bark. They said, 'No. It will be too expensive.' They'd never had somebody say they care about quality more than price. It showed how price has been prioritized for centuries.

Having excellent logistics partners is critical. One of our partners sent a truck into the mountains of Guatemala to pick up a shipment of yellow cardamom and black limes. It was the only provider that was able to do that.

We've been looking at byproducts of the spice supply chain, playing with ingredients such as cinnamon tree leaves. They've traditionally been just a byproduct of the cinnamon harvest and left on the forest floor. It took a year, but I convinced one co-op to save the leaves for me. We just brought in our second shipment. This is a product the farmers had been throwing away; now it's a source of revenue for both of us.

Burlap & Barrel grew about three times between our first year and this year. It has been both difficult and empowering to realize you can figure out answers to questions you'd previously felt were beyond you.

1. How many countries have you traveled to, and what have you learned from your journeys?

About 80 countries. From a distance, a culture or country might seem homogenous, but the closer you get, the more complexity you observe. On a recent trip to Vietnam, I visited several black pepper farms. You might think that all Vietnamese black pepper is the same, but we started to understand the distinctions within each region. I try to recognize the importance of that nuance in learning about concepts, countries, culture, and cuisine.

2. If you could speed the development of a supply chain-disrupting technology, which would it be and why?

Better food safety testing technology that would allow individual farmers to test their crops and improve their processes.

Don't worry so much about deciding on a career. Virtually none of the jobs I've held would have been predictable to my 18-year-old self, but they are things my younger self would have been excited about.