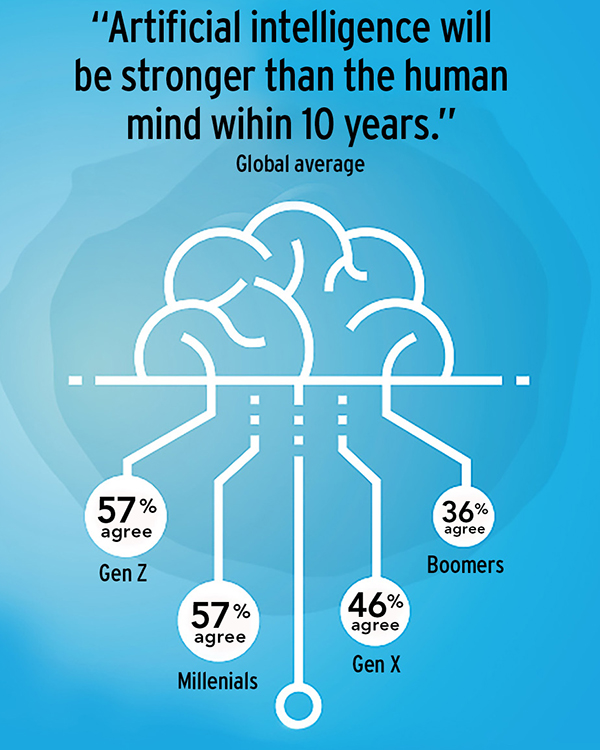 It is helpful to understand consumer behavior when crafting efficient supply chains. Ford's 7th annual Trends Report, which analyzes consumer behavior based on interviews with more than 13,000 people across 14 countries, provides some insight.

About 70 percent of respondents believe that humans should have a mandatory break from devices, and nearly half (45 percent) of all respondents admit that they envy people who can "disconnect."

According to Ford, here are seven trends that will make an impact in 2019:

2. Digital detox. Just put down the phone. It sounds easy enough—and 45 percent of people are jealous of those who can actually do it—but 39 percent of Gen Z and millennials say they are addicted to social media. One quarter of the same groups say that they would rather lose their ability to smell than give up their devices.

3. Reclaiming control. In the past year, 84 percent of all adults have taken "small steps" to improve their lives, and all but 8 percent have stuck to their guns. Basically, researchers found that people want to and can improve as long as they don't bite off more than they can chew.

4. Many faces of me. Ford's study finds that identity isn't set, but rather dependant on our circumstances and environment. More than 50 percent of millennials and Gen Z say that they are more outgoing on social media; only 17 percent of boomers say the same.

5. Life's work. Ford's findings reaffirm that employees' work-life balance is changing. For example, more than 60 percent of all respondents think that companies should reward employees for using all of their vacation time.

6. Eco-momentum. People are willing to make changes as long as they know that they would make a difference. About 56 percent of U.S. adults would change the way they eat if they thought it would help the planet, which is dead last when compared to the 13 other countries polled. The same is true when it comes to the number of people who consider the environmental costs of each purchase—again, U.S. respondents come in dead last.

Related Articles
Turn to Technology to Attract the Next Generation of WorkersTransparency to Efficiency: How IoT Can Increase the Productivity of Your Transportation (Sponsored)5 Hacks for Recruiting in Supply Chain ManagementExtending the Life Sciences and Pharmaceutical Supply ChainWalmart’s ShippingPass Has Ended. What Retailers Should Do Next.Supply Chain in the Cloud: How Tech Is Reshaping LogisticsTrends—February 2017Build-A-BoxCaldwell Hospital Gets a Lean Bill of HealthHold On Tight! More related articles...