Getting in the Zone: FTZs Fuel Improved Logistics 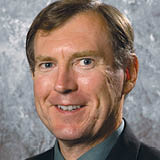 For decades, America's foreign trade zones (FTZs) have provided a valuable platform for U.S. companies competing in global export markets. The FTZ program was established in 1934 to expedite and encourage foreign commerce. The nation's 500 zones and subzones are secured areas, often near or adjacent to U.S. ports of entry, and are considered outside U.S. Customs territory.

Benefits of the FTZ program include:

FTZs will play a key role in promoting the economic recovery and meeting the National Export Initiative goal of doubling U.S. exports between 2009 and 2014. Exports from zones and subzones jumped 23 percent from 2009 to 2010, a rate of growth well ahead of total U.S. export growth for the year.

With Washington focusing attention on reducing incentives for offshoring, the enhanced logistics facilitated by the FTZ program creates a more welcoming environment for investment and value-added economic activity in the United States.