A recent agreement between Japan Airlines and American Airlines to work more closely and collaboratively together in the interest of strengthening their respective international cargo operations could have an intriguing side effect for Hawaiian air cargo prospects.

The objective of the partnership is to provide cargo customers with more routing choices, new destinations, and increased capacity through more effective use of both airlines’ combined worldwide network. So Japan Airlines and American have begun using Los Angeles, Chicago, Dallas/Fort Worth, New York, and Honolulu as key transfer points for cargo traffic in the United States; and Tokyo, Osaka, and Nagoya as transfer points in Japan.

The agreement enhances the significance of Honolulu as an important hub for cargo moving between Asia and the Americas.

Chennai, India-based TVS Logistics is collaborating with the University of Michigan as part of a three-year program intended to fine-tune the skills of its senior and middle-level executives.

Thirty members of management working across various functions will be trained in areas such as logistics and supply chain management and achieve the equivalent of a master’s degree. The program’s objective is to redefine the collective skills of TVS executives while empowering individual capabilities.

North Korea’s economic prospects have been in dire straits as a consequence of myriad trade sanctions and its own policy of isolationism. But it does have one close ally. As eastern China becomes increasingly saturated, North Korea offers a relatively undeveloped coastline, as well as an abundance of natural resources and cheap labor.

In 2010, China accounted for 83 percent of North Korea’s $4.2 billion in international commerce, according to the Seoul-based Korea Trade-Investment Promotion Agency. In 2005, it was 53 percent.

More recently, the two countries agreed to repair a key logistics road along their shared border, the latest sign of increasing economic cooperation. The infrastructure fix, which links the Chinese city of Hunchun to the North Korean port of Rajin (located in Rason), comes three years after Beijing secured the right to use the port as an export route to other countries. China is seeking to turn the port area into an international logistics hub.

North Korea designated Rason as a special economic zone in 1991 and has tried with little success to develop it into a regional transport hub near the convergence of China and Russia.

The company that made 57 varieties famous is opting for a little less variety in its global distribution network. H.J. Heinz Company recently outlined plans to establish a centralized European supply chain hub in 2012 as part of an ambitious efficiency program. The food giant says it will invest approximately $160 million in initiatives to increase manufacturing efficiency and accelerate global productivity.

The plan includes exiting five factories—two in Europe, two in the United States, and one in the Pacific—leaving Heinz with 76 factories globally. In addition, the company will establish a European supply chain hub in The Netherlands to consolidate and centrally lead procurement, manufacturing, logistics, and inventory control.

After predicting the United Kingdom’s high street slump in May 2011, Hellmann Worldwide Logistics UK has concluded that logistics is an accurate barometer for measuring the economic climate.

In April 2011, the 3PL saw a 22-percent drop in import tonnage. Consequently, the British Retail Consortium reported a 2.1-percent sales decrease in May. With import tonnage a direct reflection of high street activity, and ocean freight volumes picking back up throughout May as retailers replenish stock levels, Hellmann forecasts that the coming months will likely be more positive.

This BUD’s For EU

Things are looking up for Eastern Europe with the expected completion of Budapest Airport’s ambitious new BUD Cargo City in 2012. The vision is to develop the airport into the region’s largest and most efficient air cargo and logistics hub within an integrated commercial zone.

With strong economic growth expected to continue in central, eastern, and southeastern Europe for the foreseeable future, BUD Cargo City will provide a world-class air logistics facility to enable high-tech and high-value industries to connect efficiently with international supply chains and markets, encouraging more of these kinds of companies to locate close to the airport.

The airfreight component is also essential for the development of other export-oriented industries that are important to the Hungarian national and regional economies, such as the life sciences and pharmaceutical sectors, where delivery speed is critical.

Currently, 70 percent of freight moving into the airport travels on freighters—a high percentage for European airports. But much of the cargo volume into Budapest is then trucked elsewhere to connect with long-haul flights. With the development of additional cargo facilities, Budapest Airport will likely target more inbound freighter volume from Asia. 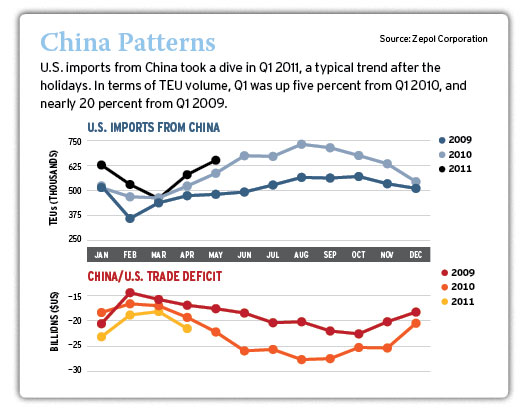