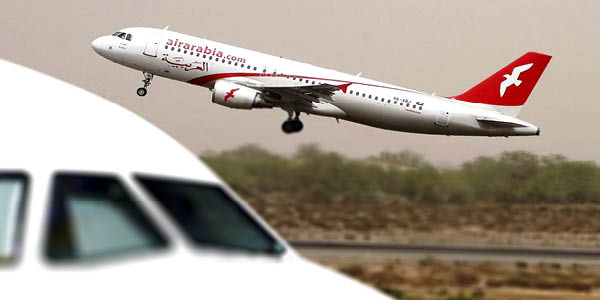 Middle Eastern air carriers, such as Air Arabia, continue to lead the industry in growth.

Hitting bottom might be a sign of better things to come. Freight demand was down 4.2 percent year-over-year, according to the International Air Transport Association's (IATA) April 2012 global traffic results. While some of this volume degradation can be attributed to monthly volatility, some signs indicate that different areas of the world may be on the cusp of a growth trend after bottoming out at the end of 2011. Middle Eastern airlines, for example, are responsible for 80 percent of current cargo level improvements. Still, IATA is cautious about any mid-term optimism as Europe's economic woes continue to unfold.

U.S. efforts to secure supply lines at the point of origin reached another milestone with the recent agreement between the U.S. Department of Homeland Security and Singapore's government. The agreement reaffirms a shared commitment to address global supply chain security, while facilitating and sustaining trade growth.

Singapore is home to the world's largest container port and an airport that ranks 11th in the world in cargo tonnage. U.S. foreign direct investment in Singapore hit $106 billion in 2010 (the latest data available), marking a 19-percent increase from 2009.

The Joint Statement on Supply Chain Security sets out key principles that both countries agree should form the basis of efforts to enhance global supply chain security and resilience. These principles include adopting a risk-based and multi-layered approach to supply chain security, reinforcing the importance of international cooperation, mutually recognizing national programs and measures, and establishing ongoing dialog with industry.

The joint statement builds on the two nations' existing cooperation in supply chain security, including development of the APEC Trade Recovery Program and Singapore's participation in U.S. initiatives such as the Radiation Detection (Megaports) Initiative.

South African fruit growers are counting on the transportation and logistics sector to help ensure industry survival, according to a recent article in Engineering News, a South African media outlet.

South Africa's port situation is even worse. Fruit farmers exporting fresh produce face lengthy delays, and ships calling at the country's busiest container port in Durban are forced to wait or are redirected to other ports because of insufficient capacity. And a recent spate of labor strikes by port workers has only exacerbated the situation.

Shippers now have the options of paying extra for cold storage at the port or seeking alternative transportation routes through neighboring countries such as Mozambique and Namibia.

Europe's economic crisis is beginning to take a toll on Asian markets. For example, after being number-one for 14 years running, Nokia's shipments of 83 million handsets in the first quarter of 2012 ranked second among international vendors.

The decrease in Nokia's global share is especially disastrous for Taiwan-based handset makers with whom the company has had close partnerships. And South Korea-based Samsung Electronics, which topped the first-quarter list for both smartphones and handsets, is not picking up the slack by delivering new orders to Taiwan.

The same pessimism holds for other Taiwanese tech industries as downstream customers cut production orders amid tightening consumerism. The net effect is an uneasy fear of recession.

In May 2012, Taiwan's dollar fell to a four-month low and government bonds gained as investors cut stock holdings due to growing concerns that Europe's debt crisis will worsen and further dampen Asian growth.

In terms of value, roughly 13 percent of U.S. vessel exports are destined for China, followed by six percent to Japan, and four percent to South Korea. Ocean exports in the first quarter of 2012 surpassed 2011 by nearly one percent.