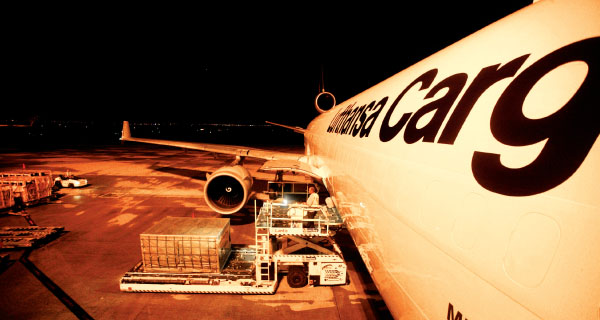 A ban on night flights forced Lufthansa Cargo to revamp 80 percent of its schedules on short notice.

Ban on Night Flights: The Sound of Silence

Frankfurt's night skies will become noticeably quieter between 11 p.m. and 5 a.m. if a 2012 Federal Administrative Court hearing upholds a provisional cargo flight ban that went into effect on Oct. 30, 2011.

Lufthansa Cargo has been a leading voice in an industry effort to publicize the importance of night flights at Frankfurt Airport. But this advocacy appears to have fallen on deaf ears after the regional administrative court in Hesse responded to noise complaints by the public with a decision to ban all after-hours freighter activity. The repercussions for the German logistics sector may echo much farther.

Frankfurt Airport recently opened a $1-billion fourth runway, which connects to the rest of the airport by taxiways crossing a highway and high-speed railway. The enhancement will increase capacity from 82 to 90 aircraft per hour.

The expansion won government approval despite opposition from local residents, but a shock ruling in October now leaves Lufthansa Cargo re-evaluating cargo options out of its hub. As it is, the night flight ban affects about 30 percent of the carrier's freighter activity, forcing it to restructure 80 percent of its services. Lufthansa has shifted flights to daytime, canceled others outright, and is working to re-route some services through Cologne/Bonn Airport. This adds another move—trucking freight to alternative debarkation points.

"We have an offer that is much worse than before," says Nils Haupt, director of communications, Lufthansa Cargo. "Our North Atlantic flights do not currently fly at night and have to leave 12 hours later in the afternoon. It's a significant weakness compared to competitors because we can't offer the night jump—leaving late at night and arriving early in the morning in the United States."

If the ban becomes permanent, Lufthansa stands to lose up to 50 million euros. But the greater concern is the impact on German industry.

"Frankfurt is the world's seventh-largest cargo airport and the only one among the world's top 10 with a night-flight ban," he adds. "This heavily influences Germany's role as a top export nation and one of the world's biggest economies."

The ban puts Germany at a competitive disadvantage. Companies will consolidate around cargo-friendly airports, and forwarders will chase that freight. There is also increasing competition from Mideast transshipment hubs.

Lufthansa Cargo has little recourse realigning its network because so much of its "belly business" is tied to Germany's top passenger hub. Some investments in assets and facilities may be repurposed elsewhere or scrapped altogether.

Haupt expresses mixed optimism whether the Leipzig Federal Administrative Court will overturn the ban. But if the decision is upheld, one thing is certain.

"Freight finds its way," he says. "If shippers need a night flight out of Europe, they will no longer go to Frankfurt. They will go to Amsterdam, Paris, or Madrid. Frankfurt will lose significance."

The International Air Cargo Association (TIACA) is lobbying international businesses and governments to bring about a review of the European Union's (EU) Emissions Trading Scheme (ETS). The move follows the EU Court of Justice's decision that including aviation in the scheme is compatible with international law.

TIACA has previously proposed suspending the program's implementation in favor of developing a global agreement on aviation carbon emissions by the International Civil Aviation Organization (ICAO). This approach, it believes, is in keeping with the recommendations of The Kyoto Protocol, which gave ICAO the authority to set international aviation's greenhouse gas policy.

TIACA also highlighted a number of key concerns about the ETS to the commissioner, stating it is in violation of international law and treaties. Not only would the scheme impose massive new taxes on aviation, it is also unlikely to improve the environment—providing evidence of how the scheme might encourage airlines to fly less-direct routes and therefore increase aviation carbon emissions, the association says.

Consolidation and expansion has been rampant in the U.S. third-party logistics (3PL) market over the past few years, with various companies divesting, acquiring, and concentrating resources and assets in efforts to identify growth areas and strengthen core transportation and logistics activities.

The trend is equally visible in Europe. But given the challenges of integrating companies across different borders, cultures, and operating protocols, European 3PL acquisitions present a much greater risk.

For example, Somerset-based British 3PL Wincanton recently sold its European business to German rival Rhenus, marking the end of an era for British logistics companies that once dominated the continental outsourcing market.

Only two large UK logistics companies remain—Wincanton and Stobart—neither of which will have substantial operations in Europe. Wincanton's divestiture enables it to focus on developing opportunities in the UK market, where it has scale and sees significant potential for profitable growth.

Wincanton, which serves a who's who of homegrown British companies such as Sainsbury's, WH Smith, Marks and Spencer, and Comet, entered the European market through the purchase of P&O Trans European in 2003, expanding its network with barge, road transport, and contract logistics operations on the mainland.

The move was precipitated by the knowledge that UK manufacturing and retail clients' supply chains were becoming increasingly cross-border. But the company was never able to fully consummate the acquisition, and failure to integrate resources torpedoed further expansion efforts.

Race Across The Border

The new U.S.-Mexico cross-border trucking program, which will provide Mexican carriers permanent authority after an 18-month grace period, is off and running. But the Owner-Operator Independent Drivers Association (OOIDA), which supports independent owner-operators in the United States, criticizes the program.

The first Mexican permit for cross-border operations was delayed after the OOIDA raised concerns over a carrier's safety record and drivers' English fluency. The association has similarly voiced opposition to the manner in which a second "pilot phase" is being rolled out, with Mexican carriers receiving credit served toward the 18-month trial period.

October 2011 marked a major milestone in the international trade community as President Obama signed into law three long-awaited trade agreements with Colombia, Panama, and South Korea. The agreements are expected to increase job growth, as well as lower barriers to trading with the three countries. The graph illustrates the trend of U.S. imports with those countries for the past three years.

Floods in Thailand are raising supply chain concerns for computer manufacturers and automotive companies as they assess the extent of disruptions in the kingdom.

Western Digital, the world's largest maker of hard disk drives, reports that its December 2011 quarter revenue will fall 60 percent from one year ago. Meanwhile, Toyota has suspended production of its Camry and Prius vehicles in the country.

Thailand's floods may also limit the supply of components used in Mac computers, according to Apple CEO Tim Cook. "Our primary exposure is on the Mac because the number of drives or drive components that are sourced in Thailand is a significant portion of the total worldwide supply of drives," he said.

But, because Apple uses flash drives exclusively for some of its products, most industry observers expect PC manufacturers such as HP and Dell will face the brunt of component shortages and higher prices.