Good News From the Government!
(Yes, You Read That Right) 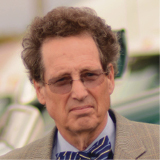 In its second estimate of Q2 2018 Gross Domestic Product (GDP), the U.S. Census Bureau quoted growth at 4.2 percent, the best quarterly figure since Q3 2014. That comparison is important because 2014 was also the last time the truck market was tight.

The positives easily outscored the negatives, so growth was strong for both GDP and freight. Freight grew by 8 percent in the first half of 2018, according to the American Trucking Associations, a number consistent with the GDP release.

Will Such Growth Continue?

Recent monthly economic releases have been generally optimistic, and those expectations seem justified. Another quarter or two of strong growth would make 2018 a good year indeed. I put that probability at higher than 50 percent, a considerable improvement in my expectations from one year ago. But is it enough to maintain the current trucking boom?

The trucking capacity crisis is the result of good freight growth in 2017 and 2018, and the surge in regulatory drag from the Electronic Logging Device (ELD) mandate. The main incremental effects on capacity from ELDs are now over. In fact, Trump Administration policies make regulation a modestly positive contributor to productivity going forward.

If fleets continue to add drivers and order trucks at current rates, they will begin to slowly reduce capacity shortages, a trend that will eventually be reflected in lower rates.

Unless it accelerates further, the good growth will help delay—but not prevent—such decreases. Truckstop.com's latest spot market data show a marked reduction in capacity stress, and some modest rate softening. Were it not for the good growth, those movements would be more dramatic. The direction, however, is still downward, given the stabilization of regulatory changes.

And What of Next Year?

History does not support sustained strong growth late in recoveries. We have had growth surges at the end of long recoveries before, but growth still tailed off after nine years, where we are now.

That history, and the disappointing growth of this recovery, argue for a cautious outlook for 2019, both for freight growth and truck pricing. Peak periods such as trucking has experienced since mid-2017 are transitory. That's what peaks are.

Human nature urges us to make strong forecasts buoyed by euphoria, just as Philadelphia Eagles fans are forecasting another Super Bowl win in February. Such loyalty does not make for good forecasts, however. There has been but one repeat Super Bowl winner in the past two decades, and that one featured a young superstar, Tom Brady, not an aging recovery.

So, Eagles fans and truckers can hope for good results next year. But those hopes do not justify a repeat of 2018's peak results.