How to Run a Logistics Job Fair 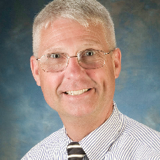 A stressed economy and tight financial market have forced downsizing and job cuts in nearly every industry. In the logistics sector, jobs have been disappearing at two ends of the spectrum. At one end, highly paid positions have been displaced in an effort to cut costs; roughly one executive position equals 10 operating jobs. At the other end, line operators have seen their jobs disappear as businesses collapse and companies downsize.

In Columbus, Ohio, as in many other cities, the sector’s unemployment problem was not due to a lack of workers, but a lack of connections between employers and displaced workers. In an effort to solve this problem, the Columbus Region Logistics Council, a group operating under the direction of the Columbus Chamber of Commerce, applied an innovative approach.

In September 2009, the Council tapped its local network to invite displaced logistics professionals and hiring companies to a private, targeted logistics job fair. Twenty-five local companies and more than 250 logistics and transportation professionals attended, and many workers left with a job. Building on this success, the Council held a second private job fair in March 2010 and plans to continue holding them biannually.

A sector-specific job fair is a strategy that other cities could easily replicate. Here are some success strategies.

The Council partnered with Columbus State Community College to host its first logistics job fair. This partnership provided a location for the event and a wealth of educated job seekers. The Council also relied on strong business ties to determine which companies were looking to hire and would be a good fit for this type of event.

The fair’s content was enhanced through government and company partnerships. By reaching out to representatives from OhioMeansJobs.com, a jobs Web site created and sponsored by Ohio’s governor, the Council was able to offer a seminar on how to use the Web site to locate jobs within the Ohio area. The Council also called on volunteers from local logistics corporations to give a lesson on job interview skills.

Understanding that word-of-mouth marketing is a remarkable avenue for publicity, the Council networked with community partners to raise awareness of its event. By joining forces with a local transportation law firm and the Columbus Chamber of Commerce, the Council promoted the job fair on these partners’ Web sites at no cost.

It doesn’t cost one dime to give back in this economy. With the proper backing and a convenient facility, you, too, can give workers in your local community the opportunity to reconnect with an employer. All it takes is a dedicated team and proper planning.