Joel Kamp: Never Out of Gas 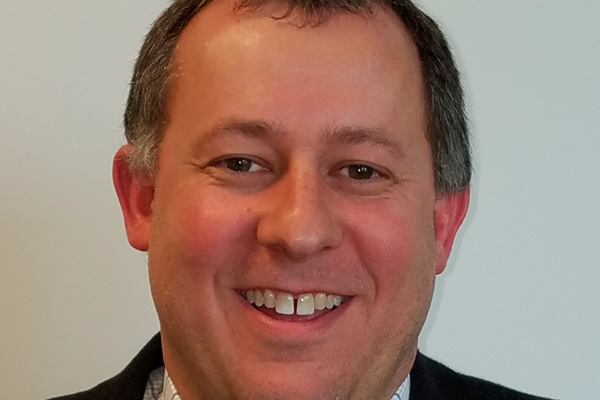 Joel Kamp is head of the bulk scheduling center, Americas region, with The Linde Group, a leading gases and engineering company operating in more than 100 countries. He oversees the transportation and delivery of liquefied gases such as oxygen and nitrogen to plants and depots in this region.

Several years ago, we consolidated our South America scheduling center in Brazil with the New Jersey operation center. We brought 15 people from South America to work in New Jersey. It was a huge change.

My team and I learned a lot about cultural differences and how business is done in Brazil. And, this was a massive change for the people coming here from Brazil to work.

We visited the teams in South America multiple times to get their input as we built the workflow and adjusted our systems. We use a specific internet technology, workflow, and secure link to run our plants. It's like our own NASA mission control.

The South American teams helped identify the changes needed. For instance, in Brazil, we have to produce an invoice, or Nota Fiscal, at the time of delivery, which is different from what's needed in the United States. We tailored the system to handle this.

For the first few months after consolidation, we weren't as efficient as we wanted to be. But as we settled in with our new business processes, we improved. Our combined team is fantastic and focused on efficiently serving the customer. Our metrics around service and cost continue to improve.

We've also had some cross pollination. A planner for the United States shifted to Argentina and Uruguay. One of the Brazilian managers is going to manage a North American region. We're sharing ideas and expanding people's knowledge base to improve our scheduling process.

In a previous role as distribution systems manager, I helped centralize driver dispatching. Previously, we had been dispatching driver and equipment assignments locally. This move to centralization freed up our field teams to focus even more on safety. We have highly trained drivers hauling hazardous materials, using specific types of equipment. Safety is critical.

Again, we involved the people in the change. We also piloted the shift at a few locations that had different products, to figure out what worked.

At Penn State, I wanted to attend the business school, but wasn't sure about a major. Then, I attended the school's "get to know the majors" day. I walked to the supply chain booth. They said, "Over the past five years, we've placed more than 98 percent of our students in jobs." I was hooked. Plus, I like how supply chain can impact an organization. Other than spending three and a half years in product management, I've been in supply chain roles.

The car industry gets a lot of attention for just-in-time operations. The gas industry is as much, if not more, just-in-time than the auto industry. We have a finite amount of storage at our plants and customer sites. We deliver 10 loads every day to some customers. We're truly just-in-time and work as efficiently as possible while meeting customers' needs.n

If you could speed the development of a supply chain-disrupting technology, what would it be?

Who are your heroes?

My father, for his drive and work ethic, and his passion for the opportunities Penn State gave him. He went to Penn State, and then returned to teach and take on alumni relations roles. Also, I've always found Michael Dell interesting—how he grew his business from a dorm room.

If you could invite anyone in the world to a dinner party, who would you invite?

George Lucas. I grew up in the 1970s and 1980s, which was a big Star Wars time. I'd also love to meet soccer player Lionel Messi.

If you had $1 million to start a business or philanthropic endeavor, what would you do?

I would fund cancer research. My father passed away from cancer, so it's something I feel passionately about.