Lean: The Next Best Thing to ‘Clip-and-Save’ 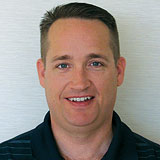 Everyone respects the cost-cutting power of a good coupon. It’s simple to use, easy to grasp, and highly effective for easing pain at the cash register. The logistics sector has an equivalent that saves far more than just a few pennies. It’s called Lean.

This popular quality-improvement process leads to documented savings that you can attain with little of the pain, suffering, and inconvenience that often accompany dramatic economies.

The Case of the Sub-optimized Warehouse. When one consumer packaged goods facility analyzed its space utilization during a four-week Lean project, it discovered thousands of square feet that could accommodate most of the inventory being stored at overflow facilities. The solutions included proactive replenishment to the forward pick areas, double stacking on the top level of racks, and using dock space in front of unused doors.

Other facilities serving this shipper replicated this project, ultimately allowing the company to eliminate many of its overflow facility requirements and shave nearly $1 million off its warehousing costs.

The Case of the Superior Sequel. Sometimes, the best ideas for Lean projects are born out of the work done for previous projects. Just ask the Lean team working with a security products account in one of the country’s largest metropolitan areas.

After successfully completing a three-week project to improve the lines per labor hour for that account’s packing and shipping process, team members realized they could achieve considerably more savings by changing the layout of the conveyor and work stations.

They focused on making these changes during a subsequent two-week project. The result was more than $1.5 million in savings, 73 percent of which came from the second effort.

The Case of the Better-Packed Pallets. Warehouse space isn’t the only thing that can be optimized for hundreds of thousands of dollars in savings, as a Lean team working on a consumer packaged goods account discovered when it decided its next initiative would focus on pallet reduction.

By the end of this three-week project, team members had found a way to increase the average number of cases shipped per pallet not only at their facility but at three others that were performing similar services. Thanks to this new packing process, the facility now uses far fewer pallets— and has shaved nearly $500,000 off its pallet expenses.

What are you waiting for?

These mini case studies are by no means representative of everything shippers can do to Lean their warehousing operations— or what your company can achieve at your distribution centers if you decide to embrace Lean.

But they all share three important elements: Each was implemented by the same type of personnel and talent your company probably has working in its supply chain operations. None required so much of any one resource’s time that it interfered with their ongoing job responsibilities. And no one misses the waste and inefficiency they ultimately eliminated.

Which begs the question: If you haven’t tried Lean or a similar process improvement, what are you waiting for? Unlike a coupon, it may not fit in your wallet. But it can easily fit into the way you do business.