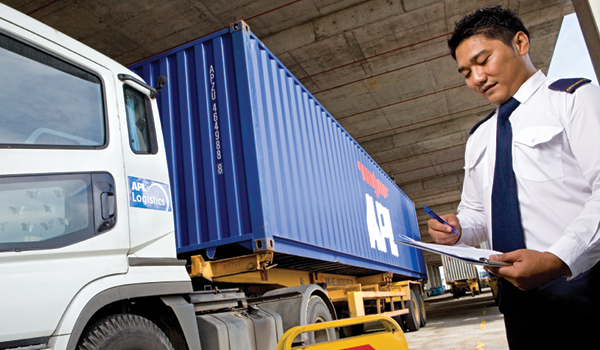 When it comes to cargo security threats, each mode faces unique challenges. But thanks to technology and industry best practices, shippers can improve their ability to protect valuable cargo.

Security in the global supply chain is more important than ever. Driven by threats such as terrorism, piracy, and theft, it is also more complicated.

In January 2012, President Obama introduced the National Strategy for Global Supply Chain Security, a policy designed to promote the timely and efficient flow of legitimate commerce while protecting and securing the supply chain from exploitation, and reducing its vulnerability to disruption. The goal of the policy is to "resolve threats early in the process, and strengthen the security of physical infrastructure, conveyances, and information assets while seeking to maximize trade through modernizing supply chain infrastructure and processes."

While the national policy is a positive step, transportation service providers—as well as shippers—must also take precautions to protect cargo. Given each transportation mode's nuances and challenges, no one-size-fits-all solutions exist. Instead, understanding the challenges, studying best practices, and putting a comprehensive plan in place are critical components.

In the 1990s, most trucking-related cargo theft occurred in warehouses. In response, warehousing providers beefed up security substantially. Today, cargo is more likely to be stolen during transit.

"Trucking presents more opportunities for unauthorized access than other modes," says Taya Tuggle, logistics and compliance manager for San Francisco-based third-party logistics (3PL) provider AG World Transport. "You can build a lot of security into warehouses, but when freight is moving, it's more challenging."

"The risk shippers face changes dramatically from region to region," says Boehning. "No matter where their cargo is traveling, shippers need to keep their presence in certain high-risk areas to a minimum, and not leave cargo sitting unsecured for any significant period.

"Any time cargo sits, it is vulnerable," he adds.

In 2011, TAPA announced the first trucking security certification program for motor carriers and logistics service providers in the United States and abroad. TAPA designed the program to help trucking companies transporting high-value goods targeted by cargo thieves ensure the safety of the freight they are handling.

As of January 2013, three companies have been certified, according to Boehning.

Recent terrorist attacks on rail systems in Madrid, London, and Mumbai have highlighted rail's vulnerability. In the United States, a large percentage of the 160,000 miles of railroad track transports freight, including highly toxic chemicals.

"Freight rail is an essential element of chemical security," says P.J. Crowley, a homeland security expert at the Center for American Progress, an educational institute based in Washington, D.C.

Additionally, some chemical companies have begun opting for less-hazardous alternative chemicals. For example, for a nominal cost difference, water treatment facilities can use liquid bleach in place of chlorine, and refineries can replace hydrofluoric acid with the less lethal sulfuric acid.

"Reducing the need for some of the most dangerous chemicals lowers the risk of their release, either by accident or sabotage," says Crowley.

Air freight represents approximately 40 percent of the value of global trade. How best to screen air cargo for the presence of explosives or other threats without paralyzing commerce has been a hotly debated issue, particularly because different countries follow different protocols.

The United Kingdom's approach, for example, focuses on ensuring that cargo, once it has been screened at its point of origin, cannot be tampered with at any point along its route. The U.S. Transportation Security Administration (TSA), on the other hand, imposes strict protocols at the last point of departure to the United States—regardless of whether the cargo had been previously screened in another country—and requires air carriers to guarantee that the cargo has been screened according to TSA standards.

In the past, this required air carriers and shipping agents to physically separate U.S.-bound cargo in airport warehouses for special processing. This method resulted in duplicate sets of paperwork, and often required that parcels be scanned by two sets of similar X-ray equipment to comply with both systems' technical standards. The additional compliance costs were often passed on to customers in the form of higher shipping rates. And the extra handling procedures increased transit times.

On June 1, 2012, however, the United States and the European Union announced an agreement to recognize each other's air cargo security procedures, putting an end to a costly duplication of security controls. More than $130 billion in air freight crosses the Atlantic from Europe each year. Mutual recognition is expected to reduce costs and improve shipment speed and efficiency.

Ports of the Future

America's seaports are safer than they were when Congress passed the Maritime Transportation Safety Act in 2002, according to Bethann Rooney, a member of the American Association of Port Authorities' (AAPA) Security Committee, chairperson of the AAPA Port Security Caucus, and security manager at the Port Authority of New York and New Jersey. She testified on behalf of the AAPA before the U.S. House Transportation and Infrastructure Committee's Subcommittee on Coast Guard and Maritime Transportation.

In her testimony, Rooney was quick to note, however, that major challenges still exist in areas such as fully funding the federal Port Security Grant program, upgrading Department of Homeland Security (DHS) threat detection equipment at ports, and completing the Transportation Worker Identification Credential card reader evaluation and testing process.

In fiscal 2012, Congress appropriated $1.3 billion for all Homeland Security grants—a 40-percent cut over the previous year—and gave the DHS secretary authority to determine the final funding level for each individual program. Only $97.5 million was allocated for port security in fiscal 2012.

The terrorist attacks of Sept. 11, 2001, and the creation of the DHS, prompted both the public and private sectors to commit to developing new supply chain security technologies.

"These endeavors have resulted in new systems that make trade not only more secure, but also more efficient and cost-effective," says Ed Harrison, chairman of the Cargo Intelligence and Security Association (CISA). "Through discussions in the United States, EU, and elsewhere, governments and industry are becoming more aware of the economic and security benefits these systems offer."

CISA was formed to facilitate a public-private dialog on supply chain technology. Such conversations are vital because progress in this field is occurring so quickly that technology is getting ahead of laws and policies drafted decades ago.

"There is no excuse for not using the available technology to support supply chain security," says Tuggle. "Tracking and access control are integral parts of security, and technology can easily provide those capabilities."

Meanwhile, the Flanders Institute for Logistics recently released a report chronicling a multi-year test using technology to establish secure trade routes. "This initiative serves as proof that broader use of security systems can assist governments, and save time and money for the trade industry," says Harrison. "The DHS and the World Customs Organization have started similar supply chain technology programs."

But more technology is not always the solution; it depends on the situation at hand. "The market is moving toward technology, but there will always be a place for low-tech solutions, too," says Brian Lyle of Cambridge Security Seals, a Pomona, N.Y., supplier of loss prevention seals.

Shippers must balance their security investment with the value and volume of the items they are shipping. "Expensive high-tech solutions may not always be the answer," Lyle notes.

The foundation of a robust supply chain security plan and program is comprehensive and accurate risk assessment. Once shippers conduct an assessment, they can devise a security plan.

The more data about shipment status supply chain partners can record and access, the more secure their cargo will be.

"Chain of custody is important, as are documentation and tracking devices—knowing where your goods are and who has them at all times," says Tuggle. "Also, make sure vendors meet your security standards, which are a vital part of cargo security. If you don't have a clear set of standards, how can you expect vendors to comply?"

If a security breach does occur, it's important that shippers have policies in place for handling investigations so they can find root causes and use the incident as a learning tool.

Companies should also familiarize themselves with local and national law enforcement agencies. Taking the time to meet these agencies—specifically the personnel involved with investigating cargo theft—is important for recovering product and assets. Several states have their own cargo theft task forces.

Overall, all supply chain partners that bear the burden of cargo should be involved in the security process as much as they can, as they all share in the monetary loss if cargo is destroyed or lost.