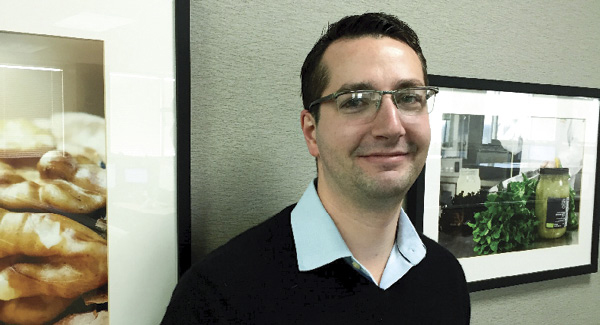 Michael Fries is senior business intelligence logistics analyst at U.S. Foods in Rosemont, Ill. He has held this position since 2014.

Much of my job at U.S. Foods involves finding opportunities for the company to make more money, or save money, in its logistics operations. I drill into data from our transportation management and purchasing systems, looking for answers to posed questions and ways to connect those answers to a course of action.

U.S. Foods consists of 62 food service distribution divisions across the United States, each with its own distribution center (DC). We ship product from our suppliers to the divisions, and then from the DCs to restaurants, schools, healthcare facilities, and other dining services. Most of my work centers on the inbound logistics, which builds purchase orders into truckloads for shipment to the DCs. I work closely with the operations and carrier development teams.

On the carrier side, I've helped develop key metric scorecards and other tools the company uses to conduct routine performance reviews with our carrier partners.

Within our inbound operations, I contributed to an initiative to improve unloading time. When handling collect shipments—where U.S. Foods pays for the freight—it used to take an average of three hours and 48 minutes to unload one truck at a DC. That generated more than $1 million every year in detention costs, and made some carriers reluctant to take our loads.

As we were preparing to do a national request for information, our company launched an initiative to cut unloading time down to two hours, the industry standard. Our center of excellence Six Sigma team sat down with our vice president of operations, the process improvement team, and myself to come up with ideas. Then we visited some of the DCs for input. Before rolling out the changes, we did a pilot implementation.

One change we implemented was to make sure dock supervisors keep track of time spent unloading. During our DC visits, dock supervisors could not tell how much time was left on a truck. Now, everyone knows how close the team is to the two-hour mark, and workers pace themselves to make that goal.

Another change we implemented was to stop using trucks as dock space. Our DCs used to count every case, scan every box, and do all the necessary checks before we finished unloading a truck. Getting the truck driver out of the DC was not a priority.

Today, we recommend that as unloaders approach the two-hour time frame, they pull the remaining pallets from the truck and let the driver go.

Within the first week of our pilot program, the DC unloaded 95 percent of trucks in less than two hours. We reduced detention costs by more than 92 percent, and are on our way to becoming a shipper of choice for our carriers.

If you could attend any event in the world, what would it be?

Do you have a guilty pleasure?

I love collecting and enjoying foreign and domestic cigars.

What's the biggest surprise a job has ever thrown your way?

U.S. Foods issued a major transportation request for quotes while we were still implementing a new transportation management system. I was asked to use the new software—which was not fully up and running—to plan and route 400 shipments daily, semi-manually. I was able to do it; it worked seamlessly.