Nearshoring: Mexico – Is It Time? 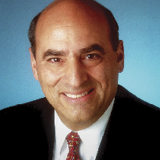 For all nations and multinational corporations, globalization opens up a plethora of opportunities. It enables greater productivity, profitability and a competitive edge. Another opportunity is nearshoring.

Gone are the days of companies outsourcing operations half-way around the globe. Instead, countries such as Mexico have become more attractive options for U.S.-based companies who are considering moving a portion or all of their supply chain.

Mexico's evolution over the last few decades is the result of political, economic and technological initiatives. Mexico has gone from a closed agriculture-based economy to one of the most open economies in the world focused on manufacturing and service, thanks to a series of domestic reforms and political initiatives.

The country's existing infrastructure has become increasingly inviting for companies. Industrial parks and growing utility infrastructure are coupled with investments in rail and other transportation modes to offer more efficient means to ship goods.

In July 2013, the Mexican government announced a massive National Infrastructure Program that includes $42 billion in transportation related investments. Nearly $17 billion is being invested in railway infrastructure to boost the use of the cargo system and intermodal terminals, and redevelop the passenger railway network.

Other infrastructure investments include plans for seven projects at airports and the expansion of the Port of Veracruz, as well as the addition of new facilities to ports around the country.

Additional incentives are also bringing companies to Mexico, fueling the nearshoring revolution. Along with reductions in transportation cost, U.S. companies nearshoring in Mexico receive an additional cost savings from working with NAFTA countries because of tariff waivers for cross-border manufacturing.

Auto manufacturers such as General Motors, Ford and Chrysler, have led the nearshoring charge in Mexico. They've been operating in Mexico since the 1930s. Today, most auto manufacturers have assembly plants in the country for domestic and export markets. Mexico is home to thousands of world-class production facilities, all part of an expanding industrial supply chain for automotive, aerospace, retail, consumer packaged goods, chemical, pharmaceutical, and food manufacturing industries.

Nearshoring does pose some challenges for supply chain managers. Chief among them is achieving the right balance of in-house and outsourced resources. A Globalization Report published by the World Economic Forum also cites a skills gap resulting from low educational standards and labor market limitations as challenges in Mexico.

On the other hand, nearshoring allows for low-skilled jobs and low-margin, high-fixed-cost operations to be transferred to Mexico. It also enables companies to tap capabilities they may not have in-house.

For those companies that have made the decision to nearshore, many work with established partners that understand the country, its regulations and supply chain challenges.