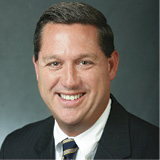 The Panama Canal's new set of locks offers the opportunity to increase ocean transportation by more than twice the number of containers on one ship, creating a potential sea change in economies of scale. Here's what shippers need to know.

Today's global macroeconomic and cross-border logistics environment is already incredibly complex, with higher U.S. domestic consumer demands and expectations than ever before. The Panama Canal expansion adds another variable into the competitive global shipping equation, providing an all-water alternative for products destined to the U.S. East Coast and the Midwest.

The improved canal accommodates 12 to 14 additional vessels per day, or more than 2,000 additional trips annually. It also accommodates ships as large as 13,000 TEUs, in contrast to the previous 5,000-TEU limit. The higher-capacity locks can accommodate 87 percent of the world fleet, excluding only the largest of all ships.