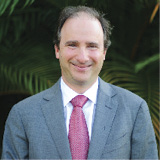 Panama is quickly becoming the business capital of Latin America. The country is an attractive location to the international business community due to the $5.25-billion expansion of the Panama Canal, allowing for increased access to global markets. In addition, the country's economy is surging, and the Panamanian government is attracting foreign direct investment through the development of a new Panama Pacifico Special Economic Area (SEA).

Once completed, the Panama Canal expansion will allow post-Panamax ships to carry up to 13,000 TEUs. Approximately two-thirds of the Panama Canal's annual transits are bound to or from U.S. ports; as a result, ports around the world arespending billions of dollars in improvements to prepare for the influx ofanticipated cargo.

While having one of Latin America's most competitive and dynamic economies, Panama also offers a stable and low-risk economic environment. In 2015, the World Bank ranked Panama first in ease of doing business with among 22 locations in Central America and the Caribbean. Panama has the fastest and steadiest GDP growth rate in the American continent, expanding 6.2 percent in 2010, with similar annual growth forecasted through 2015.

Additionally, Panama is one of the only countries outside the United States where the U.S. dollar is the official currency, the workforce is bilingual (Spanish and English), and the local time operates on the U.S. Central Time Zone.

The Panamanian government has played an instrumental role in the success of the country's economy. The government is committed to growing local businesses and attracting foreign direct investments to create new job opportunities. One example is SEA, a public-private partnership that provides favorable regulations such as special tax, labor, and legal incentives to companies that open a facility on the site.Developed by British company London & Regional Properties, the SEA is a mixed-use developmentwith 3,450 acres of land assets.