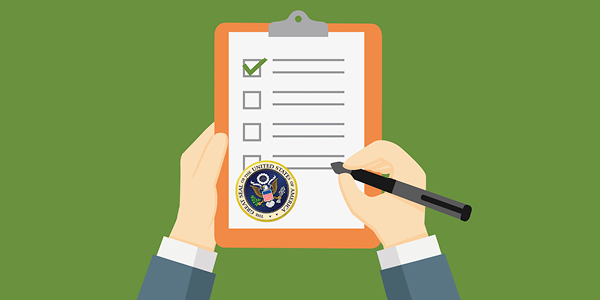 President Donald Trump's early days in office have been busy ones for trade policy. It is too early, however, to assess the impact of these changes, according to global trade data company Panjiva.

1. Light up Lighthizer. Senate approval for Robert Lighthizer's appointment as U.S. Trade Representative has been delayed, as his prior lobbying work for the Brazilian government necessitates a waiver. The White House indicates that a plan to renegotiate NAFTA cannot be completed until he has been approved.

2. Get going with NAFTA (or not). A key commitment of the Trump administration has been a review of the North American Free Trade Agreement with Canada and Mexico. Mexico has already launched its own pre-negotiation consultative process, but has been frustrated by the United States' slow progress—under Trade Promotion Authority rules, the process requires a 90-day consultation with Congress.

An added complication: Canada and Mexico want to hold trilateral talks, which could further protract the process.

3. Challenge WTO legitimacy. A World Trade Organization (WTO) dispute panel found that the United States must reduce its tariffs on South Korean domestic washing machine imports. That follows a ruling that the United States did not correctly use "zeroing" methodologies in a case originally decided in 2013 that South Korea later appealed. Imports from South Korea were 74.7 percent lower in the past 12 months than they were four years ago, according to Panjiva data.

There's an obvious clash between the WTO's requirement to change tariffs, and a commitment in the President's trade agenda that suggests WTO rulings might not be considered binding. As a candidate, Trump threatened to withdraw from the WTO, but has not subsequently confirmed that decision.

4. Jump on the Omnibus. President Trump signed an executive order in March 2017 calling for an "omnibus report" to identify the drivers behind the U.S. trade deficit. The report is to include an assessment of tariff and non-tariff practices for each major U.S. trading partner with a "significant" trade surplus in goods. The report will form the basis of the administration's engagement with its trading partners in the coming year.

5. Deliver the 100-day plan with China. Meetings between President Xi and President Trump in April focused on relationship building and included a commitment to a 100-day program to improve the trade balance between the two countries. Before the meeting, the Chinese government expressed willingness to increase exports in exchange for a review of American intellectual property export rules.

Aside from the deficit reduction potential, a short-term deal with China may help President Trump's foreign policy objectives, Panjiva notes.

It isn't clear where the impetus will come from. Japan is engaged in significant trade negotiations in Asia and Europe, while the United States has not labeled Japan as a currency manipulator and might wait for the Omnibus report before acting.

One area for action may be foreign direct investment; a second could be export preferences. Panjiva's analysis of the top 1,000 export lines from the United States to Japan and globally shows opportunities in energy, autos, electronic components, and jewelry. These products are under-represented in U.S. exports to Japan versus its global shipments, with the top 10 items alone potentially adding 11.6 percent to U.S. shipments to Japan, notes Panjiva.

This will show whether the President's strategy of delegating different parts of trade policy execution to Pence, Commerce Secretary Wilbur Ross, and trade representative nominee Lighthizer will work. Success matters, as the President wants to pursue several multilateral deals at once.

7. Get to know India. The Indian and U.S. governments have yet to hold high-level ministerial meetings relating to trade. A call between President Trump and Prime Minister Modi in January focused on security, CNBC reports.

From a political perspective, India is part of the negotiations regarding the Regional Comprehensive Economic Partnership trade deal with China.

8. Respond to Pacific Rim deal making. The Trump administration's trade doctrine is firmly committed to bilateral trade negotiations. Yet, many ongoing multilateral deals, particularly in Asia, may limit America's freedom to negotiate in the coming months.

Those deals may take precedence in the relevant countries' negotiation and political passage processes. Furthermore, countries may not want to offer the United States terms that are "better" than they are negotiating in their trade deals for fear of jeopardizing them.

Of the 25 largest trade in goods surplus countries with the United States, only Russia, Switzerland, and Israel are not currently involved in trade negotiations in the Pacific Rim, according to Panjiva.

9. Swing the BAT or dodge the ball. A critical part of the Trump administration's economic policy is "pro-growth" tax reform. The Republicans' outline proposals include a border-adjustable tax (BAT), The Wall Street Journal reports. This would not allow companies to deduct the cost of imported goods for tax purposes, but would not require them to pay tax on revenues earned on exports.

For industries that share common overseas production business practices, the most likely outcome would be a rise in consumer prices. Where there is differentiation, companies may choose to withdraw from the market, as Uniqlo has threatened, or result in a combination of higher prices, lower profits, and less investment as Volvo, General Motors, and HP indicated. BAT implementation will depend on broader tax reform.

10. Open-and-shut cases. The U.S. International Trade Commission currently has 49 anti-dumping/countervailing duty trade cases in progress, including seven petitions launched since the start of the Trump administration. This is likely to increase once the Omnibus trade report is completed, and does not account for the recent presidential memorandum covering the steel industry.

These cases represent the nuts and bolts of implementing trade policy, with imports of the affected products often dropping immediately after a case is launched.

Particular focus is on the steel industry, where Panjiva data shows U.S. imports in the three months to Feb. 28, 2017 increased 19.7 percent from one year earlier, led by an expansion in shipments from Russia and Brazil, among others.