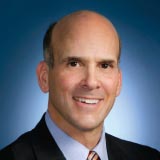 Because doing business in the global marketplace has become more risky, U.S. companies need to be their own best advocates. Exporters and importers should take precautions to minimize risks to profitability and viability in world trade. One step is investing in trade disruption insurance (TDI).

First written for the London Market in the 1990s, TDI was designed to protect businesses from financial setbacks resulting from disruptions such as embargoes, confiscation of goods, terrorism, labor strikes, political violence, or war. TDI was also intended to protect companies from financial problems stemming from covered causes of loss, such as vessel breakdowns, port closings, waterway blockages, and natural disasters. In addition, TDI was a form of protection for financial losses resulting from supplier or customer insolvency.

The thinking behind TDI is that companies should be protected against risks of indirect threats that will interrupt trading activities and, in turn, trigger a financial impact. Unlike business interruption (BI) coverage, where physical loss or damage to property is required, TDI does not require loss or damage to cargo to trigger a covered loss. Instead, it is triggered by indirect events caused by delays in a shipment's transit as a result of an unexpected peril.

Here's an example of TDI in action. An American company manufactures a product in China. A major earthquake occurs, causing a landslide that blocks the sole road in and out of the region. This interruption delays the product's shipment to a retailer who, as a result, cancels the order. TDI coverage is triggered.

In addition to covering the loss of the retailer's order, TDI covers additional expenses such as transporting the product by air out of the region to meet a preset order deadline. A BI policy, on the other hand, would not cover the loss because it happened outside the policy's coverage territory, and there was no direct damage to the company's product.

TDI serves to secure supply chain-dependent income and mitigate expenses arising from unexpected contingencies needed to address the problems generated by an unplanned danger to the supply chain. It also is a form of assurance to financing sources, investors, and strategic allies who value the fact that safeguards have been taken to protect the company's revenue stream. Customers, too, gain confidence in knowing their suppliers are diligent in efforts to uphold shipment commitments.

Global traders must be alert to increasing threats to the supply chain. In addition to increased terrorism and political violence, inherent risks are associated with the growing use of low-cost labor in third-world nations with unstable and corrupt governments.

Further, while American businesses often take for granted that there will be a viable infrastructure for the reliable transportation of their goods, this is often not the case in underdeveloped regions. Poorly constructed bridges and roadways are commonplace in many parts of the world, and are vulnerable to natural and weather-related disasters. It is important to recognize the deficiencies that exist in other regions, and the economic risks they pose. Protecting against these risks with TDI coverage is good business.