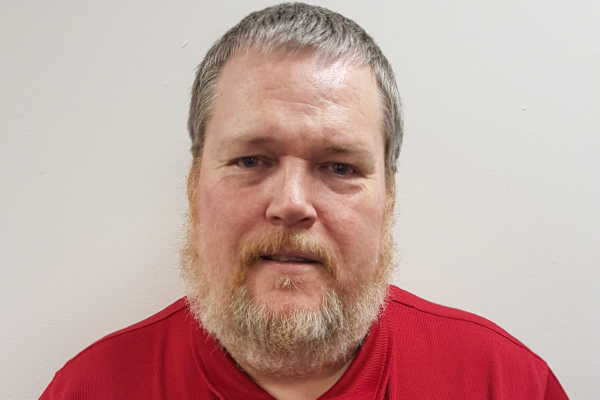 Richard Foley is logistics manager at SDI Technologies in Edison, N.J. He has held this position since 2014.

The company I work for, SDI Technologies, designs and manufactures consumer electronics such as clock radios, home audio systems, headphones, and accessories for smartphones and tablets. We market these under the iHome, Timex, and eKids brands. I'm in charge of inbound and outbound transportation.

SDI manufactures a lot of product in China, and the import department handles the ocean crossings. But once freight hits the port, I'm responsible for getting it to one of our warehouses. The company's distribution centers (DCs) are in Edison, N.J., and El Paso, Texas. Sometimes we use third-party warehouses as well.

On the outbound side, I'm in charge of moving product from SDI's DCs to retailer DCs.

One of the biggest challenges SDI faces is how to reduce chargebacks from our retail customers. Retailers make all kinds of demands on their suppliers, defining everything from how to place a label on a carton to exactly when a driver should arrive with a load. Each retailer details its rules in a routing guide, which regularly changes.

The big retailers specify narrow delivery windows. If we ship pre-paid to them and the driver arrives too early, we are penalized. It's the same if the driver arrives late. Some retailers will let it slide occasionally, and not issue a charge as long as we meet the standard 95 percent of the time. Others are less accommodating.

To avoid chargebacks we carefully study the routing guides. When a charge is incurred, we find out how it happened, and then take action. If a driver arrives more than 15 minutes late, I tell the carrier, "From now on, I want the driver sitting and waiting for the customer half an hour before the appointment."

In the future, I hope to implement a new transportation management system for better control and to help reduce chargebacks even further.

One of the most instructive mistakes happened when I worked at R.E. Rogers, which provides freight services for trade shows. We were air freighting exhibits to Saudi Arabia, but the customer had only a few pallets and wanted to send them by ocean. I made a wrong assumption about how long that trip would take and didn't make the booking in time. We ended up sending the load by air and absorbing the extra cost. Lesson learned. Now I always double-check transportation schedules.

I'm proud that wherever I've worked, I've found ways to save the company significant money. For example, at NBTY, I saved $2 million in my first year. I figured out how and what we were shipping, and which carriers would do a better job. I had good relationships with certain carriers, so I negotiated lower rates. I also made a case for using rail. I started with 30 containers on rail in the first six months; after 18 months, it was up to 2,000 domestic containers. That cut transportation costs significantly.

Who are your heroes?

First, my dad, who was a Marine, and a police officer for 33 years. Second, Tom Seaver, pitcher for the Mets, who gave his best every day. Third, the Lone Ranger—the Clayton Moore version, not the new version.

If you had one extra hour in your day and couldn't spend it on work, what would you do with it?

What big personal ambition are you still working toward?

To teach my grandchildren all the little things grandfathers are supposed to teach them. For example, I'll show my two-year-old granddaughter how to set off the sirens on her model Hess truck.

If you could go back to school for fun or personal enrichment, what would you study?