SCPA: One for the Record Books 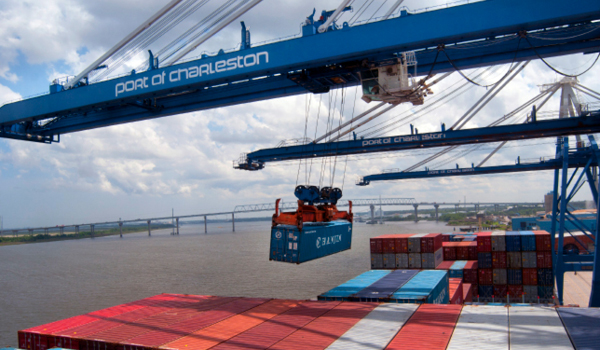 "Global container trade growth was the strongest it has been since 2010, mirroring surprising strength in the global economy,"says Jim Newsome,SCPA president and CEO. "We expect to see continued strength, albeit slightly more modest, into 2018 with growth in the emerging market economies as a key factor in sustaining this positive outlook."

As measured by the total number of boxes handled, SCPA moved a total of 1.2 million pier containers in 2017.

In non-containerized cargo, SCPA's Charleston breakbulk facilities handled a total of 783,363 tons during the year. Nearly 235,000 finished vehicles moved across the dock of the Columbus Street Terminal in 2017.

In addition to record-breaking volumes, significant advancement of key SCPA projects marked 2017. The port continued construction of the Leatherman Terminal, representing major growth capacity for its container business when Phase One opens in 2020.

During the year, SCPA also celebrated the groundbreaking of Inland Port Dillon, which will open in April, and a new headquarters building, scheduled to open in December.