Supply Chain Finance: You Can Bank On It 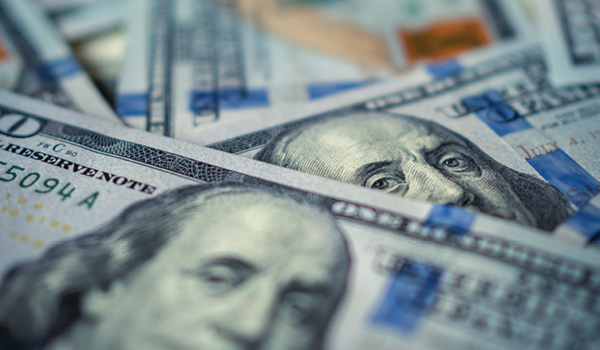 The adage "cash is king" remains as true as ever. Profitable companies can still run into trouble if they lack cash to pay their bills. This fact can give rise to tension with suppliers, who often need to receive payments more quickly than their customers—most of whom are trying to hold on to cash—prefer to pay.

Supply chain finance (SCF), sometimes referred to as "reverse factoring," is a working capital tool that can help both parties. "SCF enables a buyer to optimize working capital by extending payment terms to its suppliers, who in turn gain access to efficient financing via a bank or other third party," says Maureen Sullivan, head of supply chain at Mitsubishi UFJ Financial Group (MUFG).

These qualities have helped drive growth in the SCF market. Global volume jumped by 35% between 2019 and 2020, to top $1.3 billion, according to the World Supply Chain Finance Report 2021.

Growing awareness of SCF among leaders at mid-market companies has also contributed to its growth. Initially, SCF was deployed primarily by corporations with at least several billion dollars in revenue, says Nathan Feather, chief financial officer with PrimeRevenue, a provider of working capital solutions. Now, some companies with several hundred million in revenue are using it.

Similarly, SCF funders previously tended to be large global banks. Over the past five years or so, the universe of funders has expanded to include local and regional banks, as well as non-bank funders.

While the term "supply chain finance" sometimes is used as a catch-all to describe different working capital solutions, it's increasingly used when referring to a defined task, says Thomas Dunn, chair of Orbian, which provides working capital management solutions. That task is the financing of receivables that the buyer has approved and confirmed.

SCF starts with the buyer in a business-to-business transaction. The buyer lets the financial organization know it's committed to paying a specific amount on a set date, to a specific supplier.

The buyer within an SCF program often is a large investment grade corporate, says John Monaghan, managing director with Citigroup. This is key, as the discount rate applied to the early payments is predicated on the buyer's credit rating, which typically is stronger than the supplier's, helping to rein in the cost of this financing tool.

For example, a smaller business looking to borrow from a bank or finance provider might be charged between 6 and 10% interest or more annually, Monaghan says. Financing through an SCF program runs a fraction of that, while offering faster access to funds.

SCF also offers transparency, says Donna McNamara, director with Citi. Suppliers gain visibility to the invoice approval process and payment time frame, and they can monitor invoices as they move through these functions.

Buyers benefit as well, Dunn notes. They can use SCF to strengthen relationships with suppliers. And by helping buyers gain quicker access to financing, they strengthen their supply chains.

In addition, the improved payment terms and liquidity SCF makes can allow some suppliers to invest in, for instance, more efficient equipment.

Historically, SCF programs tended to be concentrated in consumer goods and industrial companies, both of which purchase in large volumes from a range of suppliers. That has changed as SCF has gained adoption across many industries.

SCF programs have also been more prevalent in sectors with lower margins, where companies might struggle if they must wait to be paid, yet for whom the cost of traditional financing can eat into margins, Monaghan says.

Large logistics companies, like companies in other sectors, often establish SCF programs for their suppliers, Dunn says. In addition, some develop SCF arrangements that their clients can offer their own suppliers.

One example: Each month a logistics firm ships $1 million worth of pet food on behalf of its retail client from that company's suppliers. The logistics firm might sponsor an SCF program the retailer can offer its suppliers.

how to launch an SCF Program

While each SCF program is different, a common starting point for the funding firm is to identify the suppliers for which the program likely will be a solid fit, Feather says. Typically, not all suppliers are.

Historically, suppliers with lower annual spend would be better suited for a purchasing or virtual card. However, this is changing as the supply chain finance landscape and technology evolves, with some SCF providers offering solutions geared to these suppliers, Feather says. Among the suppliers invited into a well-structured SCF program, between 70 and 80% usually join.

Suppliers joining SCF programs need to be able to handle the documentation requirements, Feather says. While not difficult, they have to provide information, like their articles of incorporation, that allow the financing firm to comply with know-your-customer and other regulations.

Once suppliers join an SCF program, they generally often can receive payment as soon as an invoice is approved, although they also can decide to wait. "The supplier gets control of its cash flow," Feather says.

Many buyers launch one segment of their supply chain, address any challenges, and then add other business units, Dunn says. Successfully starting an SCF program generally requires the involvement of multiple departments within the buyer's organization, including finance, treasury, and information technology.

The procurement department is also critical to success. "If they're not on board driving the solution, it's typically not successful," Dunn says.

When bringing suppliers onto the platform, education is key, Feather says. One common area of focus is helping suppliers weigh the cost of the transaction fee against the benefit of improved cash flow. Another focus is the flexibility and control over cash flow they'll gain, especially when many are facing ongoing disruption and inflation.

SCF programs have come in for some criticism. Over the past year or so, the market had to navigate the collapse of Greensill Capital, which fell under the broad umbrella of a working capital provider. However, Greensill was "narrowly focused on lending to a small number of very high-risk companies," Dunn says.

A more minor complaint is the lack of a single dashboard for all SCF arrangements—essentially, "a Roku for SCF," Dunn says, referring to the device that aggregates content from multiple streaming services. Currently, if a supplier has some customers on one SCF program and other customers on another solution, it has to access each program separately.

Given the growth in SCF, its benefits appear to more than compensate for any shortcomings. As a just-in-time approach to inventory management has shifted to just-in-case, both buyers and sellers face pressure to acquire or sell more goods, Monaghan says. SCF helps companies on both sides of the equation.

Over the past 15 years, organizations have had to navigate the financial crisis and pandemic, among other shifts in the business world. "What stands out for both buyers and suppliers is that needs change over time," Feather says.

While working capital might not be a high priority for some businesses at some points in time, that can quickly shift. Early in 2020, the pandemic generated massive uncertainty, and SCF activity jumped.

Feather notes: "Having access to supply chain finance gives a buffer against a changing business climate."

In addition to supply chain finance and traditional bank financing, several other tools can help companies boost working capital. They include:

Dynamic Discounting: With a dynamic discounting program, vendors decide when they'd like to get paid in exchange for a reduction in the price of the goods or services their customers purchased. Typically, the earlier the payment, the greater the discount. Dynamic discounting tends to be done on an invoice-by-invoice basis. Buyers use their own cash to make the payment.

Factoring or Receivables Financing: In factoring, a firm sells its accounts receivables at a discount to a third party—the factor—which assumes the credit risk of the buyers. The factor generally pays between about 75 to 80% of the receivables value upfront, and then the remainder, less a discount, when the customer submits payment. Factoring can make sense when companies are growing quickly.

Purchasing Cards: A purchasing card or P-card is a commercial card that allows organizations to use the existing credit card infrastructure to make business-to-business (B2B) electronic payments. For buyers, P-cards can streamline the procure-to-pay process, particularly for purchases of inexpensive items. Many also offer flexibility in billing cycles, allowing payment days or even weeks after a transaction, so buyers can hold on to their cash, even as their suppliers are paid more quickly.

To date, blockchain hasn’t played a big role in supply chain finance. “The lack of regulation and scalability, as well as security concerns, has a negative impact on the adoption rate of blockchain technology in SCF,” says Joerg Obermueller, senior vice president for supply chain finance with CIT. These challenges need to be addressed to ensure blockchain can play a meaningful role going forward.

Blockchain could play a potential role in smart contracts, which would lower costs and boost efficiency, says Nathan Feather, chief financial officer with PrimeRevenue, a provider of working capital solutions. He also expects blockchain to be used to delineate ownership of assets, making the onboarding of suppliers more efficient. “We’re a long way from that, however,” he adds.

1. Healthy collaboration between advanced technologies and human capabilities. While technology is automating payment exchange and history, documentation, data analysis, and other processes, a workforce intervention with capabilities such as critical thinking, logical implementation, and client relations is a prerequisite for the success of the business. The biggest performance improvements happen only when machines and humans work in harmony, improving each other's strengths.

2. Enhanced risk management solutions. The pandemic highlighted the risks to global supply chains as organizations struggled with disruptions. In the coming year, businesses will take this into account and work toward creating a holistic ecosystem with better risk management and risk mitigation solutions.

An "always-on, always-ready" solution will become a needed asset to provide timely action when disruptions and changes gain momentum across the globe. It enables organizations to get an extended view to continuously monitor and reach new supplier tiers and gain higher visibility to the supply base. Furthermore, technologies such as machine learning and artificial intelligence help assess credit risk and predict frauds and threats in real time.

3. Larger supplier pools. Accelerated digitization and collaboration will create a wide network with alternate suppliers, stakeholders, and facilitators. 2022 will bring a massive shift toward a "multiple-choice quotient" with expanded reach and many players providing higher value, improved financing, and better working capital.

4. Changing needs. The past two years have led to new habits, needs, and demands among companies across sectors. With such close-knit networks of suppliers and buyers, it is imperative for businesses to take the time to understand the evolving needs of buyers. COVID lockdowns and subsequent economic breakdowns, disruptions, and irregularities have been a driving factor in the changing behavior across supply chains and it falls to supply chain financing to ensure that these new capacities can be developed.

5. Regulating and optimizing compliance concerns. The past few years saw organizations implement automation strategies before evaluating compliance needs. The new era calls for the reverse. With government mandates and regulations changing constantly across geographies, global invoicing and tax compliance are becoming increasingly complex and fragmented. 2022 will see a transformation in business strategies where global organizations prioritize compliance resolutions in their automation approach.

Related Articles
Risk Mitigation: Supply Chain Safety NetFinance & The Supply Chain: Show Me the Money
Digitally Transforming Your Supply Chain? Here's How to Make It MeaningfulWhy Logistics Managers Should Care About APTransportation Spend Management in 2022Fortune 500 Company Takes Control of Inbound ProgramS&OP: Bringing the Outside InHow would you summarize the supply chain in 2021 in five words?Reducing Inbound Freight Costs and Improving AccountingSilencing Self-Doubt and Building the Next Generation of Women Leaders More related articles...