An Inside Look at Freight-Based Development in Kansas City

CVS Pharmacy, Amazon, and others have invested more than $456 million in warehousing and distribution centers in the KC region, adding 4,700 jobs since 2015. 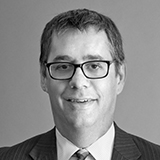 Real estate experts at CBRE call it a “strategic supply chain location,” and it’s true that the Kansas City region has become a destination for new distribution and e-commerce centers.

Since 2015, companies including Amazon, CVS Pharmacy, Spectrum Brands HHI, S&S Active Wear, and ReallyGoodStuff.com have invested more than $456 million and built or occupied more than 6.7 million square feet of warehousing and distribution space in the Kansas City region. Amazon alone is adding more than 2,000 jobs to the region with two new fulfillment facilities in the area.

“Nearly 25 million square feet of speculative industrial development has taken place since 2012,” says Tim Cowden, president and chief executive officer, Kansas City Area Development Council. “The result has been that e-commerce and distribution firms can start operations faster in Kansas City than most other cities.”

In 2016, Kansas City had more industrial construction completions than any other market in the United States, except Chicago, according to CBRE.

How has this mid-sized Midwestern region been so successful attracting logistics operations? Why are experts predicting continued growth?

To answer these questions, in April 2017 KC SmartPort hosted an industry briefing titled, “Big Freight: Behind the Deals in KC’s Freight-Based Development” for more than 500 local and national business leaders. The event focused on how the industrial real estate and freight industries come together to identify the need for new facilities and ultimately select locations – based on factors including transportation costs, labor, incentives, real estate, and more.

The Kansas City area has a historic link to the development and evolution of the transportation and distribution sectors, resulting from its early days as a trading post and site of the first permanent rail crossing over the Missouri River.

Today, Kansas City’s central Midwest location and transportation network offers companies logistical advantages. The region is home to the largest rail center in the United States, by tonnage, and is located at the intersection of four of the nation’s major interstate highways and placed on the largest navigable inland waterway.

Jim Roy, senior regional vice president for QPS Employment, credits the region’s workforce for the uptick in business attraction. “Companies must understand where they are positioned in the marketplace, invest in training and development, and work on public transportation to get people from where they live to where the jobs are,” says Roy.

Development leaders in the region have partnered with educational institutions to identify training needs for the transportation and logistics industry to ensure generational growth. Experts say the relationship between businesses and the community is symbiotic.

Greg Kindle, president of the Wyandotte Economic Development Council, is spearheading a campaign to help prepare the working poor in Wyandotte County to interview for positions at a new Amazon fulfillment center. The site is expected to open in late 2017, bringing 1,000 jobs to the region.

“How do we use a project like Amazon to change the dynamic in the community and truly and deliberately connect people to the jobs being created? We must find that talent. By reaching out to the working poor, those working multiple jobs but still finding themselves at the poverty level, and making them aware of the resources available to train up for other positions in the community, we can make a direct impact on the residents,” says Kindle.

The Future of Freight Development

The KC SmartPort event also looked towards the future of big freight development throughout the country.

Speakers like Kris Bjorsen, from investment management company JLL, discussed the need for the United States to embrace urban logistics. Made popular in India, the concept offers custom solutions for the transport of goods in congested areas by consolidating and rationalizing existing logistics.

“Urban logistics hasn’t come to the United States yet, but we need to be preparing for it. We are at the very, very beginning in the United States of trying to make it work because there is a giant trend of large megacities that can’t be served,” says Bjorsen.

Related Articles
How 3PL Warehouses Can Capitalize on the Escalating Demands of Prospects and CustomersGeorgia: Setting the Pace in the Logistics RaceWalmart’s ShippingPass Has Ended. What Retailers Should Do Next.Download the Inbound Logistics Planner App TodayOmni-Channel Retail: Roadmap To ProfitShaking Up the Brown Box: Big Winners in Supply Chain EvolutionSolving the E-Commerce PuzzleRethinking Reverse Logistics for Online Apparel ReturnsTackling Retail Logistics: Build Your Team FirstThe Who, What, When, and Why of Warehouse Wearables More related articles...