The Sweet Smell of Success 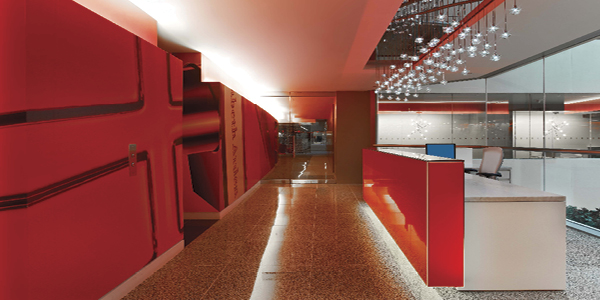 When fragrance and cosmetics giant Elizabeth Arden implemented a directed turnkey supply chain in 2007, it gained efficiency, but lost some visibility when contract manufacturers placed orders directly with suppliers. Although Elizabeth Arden provided the parameters governing the orders, such as the quantities and prices of the materials to purchase, the company wasn't able to verify whether its manufacturers were adhering to those parameters until well after orders had been placed—usually in reports received at the end of each month.

That's when Elizabeth Arden engaged The Smart Cube, a provider of data analytics services based in the United Kingdom, with offices in the United States, China, and several other countries. The Smart Cube developed a system that pulled and aggregated information from all of Elizabeth Arden's contract manufacturers, providing a consolidated, accurate view of data across the supply chain. The result? Elizabeth Arden can now see, in real time, the purchases its network of manufacturers makes on its behalf.

That visibility is key, given the scope and complexity of the company's operations. Elizabeth Arden sells its prestige beauty brands—including skin care, color, and fragrance products, as well as leading fragrance lines such as Britney Spears, Curve, Elizabeth Taylor, and Juicy Couture—in more than 120 countries. Sales for the 12 months ending June 30, 2015, topped $971 million.

Elizabeth Arden manufactures its skin care and makeup lines in one location, and then sells them worldwide. But the business model for fragrances takes a more geographic approach. "Fragrances represent our largest sales volume, so there's more freight and tonnage to move," says William Babuschak, senior vice president of global planning, procurement, and manufacturing. Elizabeth Arden serves these customers from one distribution center in the United States and one in Europe. The company also uses some affiliated distribution centers and distribution partner relationships. While some customers take full cases of products, many orders are piece-picked at the distribution centers, and then shipped.

Before 2007, the company handled the procurement of most raw materials, which it then shipped to third-party manufacturers under a tolling process (the manufacturers processed those raw materials or semi-finished goods for Elizabeth Arden). The company used a legacy materials requirements planning (MRP) system to manage that process.

That began to change when Elizabeth Arden shifted to a directed turnkey approach, which placed the point of control for materials flow with the manufacturers, who talked with component suppliers, managed orders, and ensured the component flow matched the manufacturing schedule.

A directed turnkey approach is efficient because it enables Elizabeth Arden to aggregate component purchases, then send them to multiple facilities. "We're trying to maintain scale for our brands, despite this change in sourcing methodology," Babuschak says. For example, the company may manufacture a single fragrance line in three locations, but purchase the fragrance bottle from one supplier. "We get economies of scale," he adds.

At the same time, visibility was a challenge. Although Elizabeth Arden instructed the manufacturers on who to buy from, how much to buy, the price, and when to place the order, the company no longer saw, for instance, the purchase orders that flowed from manufacturers to component suppliers. "Companies using a directed turnkey model can lose a lot of control if they don't have a good tool to manage and aggregate data," Babuschak notes.

Instead, data typically was available through monthly reports that detailed how much of each product a particular manufacturer purchased and used. "Monthly reporting hurts this production model," Babuschak notes. "When all the information is available after the fact, you can only correct on the next purchase."

Before deciding on this new approach, Elizabeth Arden considered several alternatives. One was to use its internal MRP system to replicate the actions of its contract manufacturers. "We'd create a mock system that would turn similarly to the way the third-party manufacturer was doing it," Babuschak says.

The hitches? First, maintaining the system's accuracy would be difficult. Second, ensuring it synced with the manufacturers' actual activity would require a large, ongoing investment.

Babuschak and his colleagues also considered investing in a tool that would interface with the Enterprise Resource Planning (ERP) platforms used by Elizabeth Arden's suppliers. Finding a system that would connect with all the ERP systems and provide standardized reports, however, also would have required a significant investment because the company worked with nine contract-fillers, almost all with different ERP systems.

These options were not ideal; either was continuing to rely on retroactive data. Searching for alternatives, Elizabeth Arden presented the challenge to The Smart Cube, which it already worked with in procurement and supply chain functions.

This analysis provided a baseline to develop a system that could tackle Elizabeth Arden's visibility and reporting challenges. The Smart Cube established a business process that starts with the receipt of manufacturers' raw data feeds, which are standardized, consolidated, and cleansed. A variance calculation tool compares actual purchase order prices to internal price standards. Elizabeth Arden executives can review key measures through an interactive dashboard.

The first iteration of the reports was produced in May 2014. Elizabeth Arden and The Smart Cube continued to fine-tune the system, ensuring they could combine all the information into one comprehensive master file, and deliver reports in the time frame needed.

Helping the process was the fact that most of the manufacturers used standard reporting systems, rather than homegrown applications. "The manufacturers had good reporting capabilities; it was just a matter of getting them to align so the reporting could be a recurring event and not a one-time activity," Babuschak says. The goal was a system that would allow the manufacturers to create reports with the touch of a button.

Elizabeth Arden and The Smart Cube had largely wrapped up mapping the information with the manufacturers in July 2014, and then locked down the final reporting system in September. "It was unbelievably fast, given the amount of data," Babuschak says.

That speed was critical because Elizabeth Arden provides standard raw material costs to its manufacturers by November each year. "The tool was useful for setting standards," Babuschak says. "And it was more efficient because we were working off real-time data."

Even once the system for Elizabeth Arden was up and running, internal adoption was key to its success. Employees had to trust the reporting would provide relevant, accurate, and reliable information. "We had to get the finance and supply chain teams aligned on the quality and accuracy of the data," Babuschak says.

That required digging into the data and refining the tools. For example, some problems resulted from the ways in which data was being rolled up, as well as errors in how some items were coded to different product lines.

The efforts are paying off. The accuracy of the order compliance report has jumped from 18 to 70 percent, with more improvement yet to come. "It's still a work in progress," Babuschak says. "The reporting allows us to see where we're not aligned."

In some cases, the misalignment is intentional. For example, a change in business may dictate shifting a specific perfume bottle purchase from 100,000 to 50,000 units.

The key is that Elizabeth Arden can now see the differences as orders are placed, rather than after inventory is received. "That nuance is critical," Babuschak says.

Being able to view and analyze data on an aggregated, forward basis offers several benefits. Elizabeth Arden has visibility into future purchases—which can total in the hundreds of millions of dollars—being placed on its behalf. It can negotiate improved rates with suppliers, as it has a better handle on all the orders going to each vendor, even across several contract manufacturers.

The improved visibility makes conversations with suppliers easier, as Elizabeth Arden sees what they're seeing when it pulls data from the manufacturers. "We now have visibility to transactional purchases. When we switched from non-turnkey to directed turnkey, we lost that transactional detail," Babuschak says. "We can drill into an item, the number of times it was purchased, and by whom. It gives us the same visibility as our internal system."