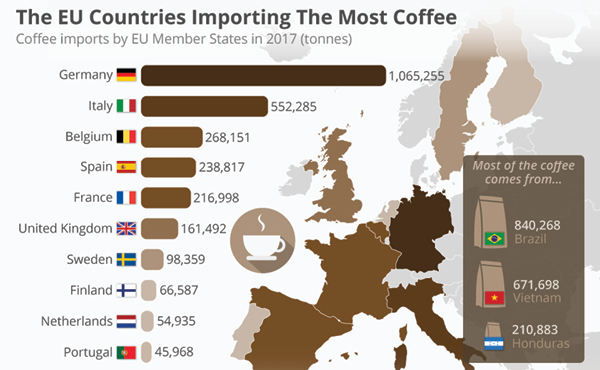 When it comes to coffee imports, Germany is way out in front of EU member states, with 2017 imports totaling 1.1 million metric tons (see chart), according to Eurostat's most recent statistics.

The Italians are also well known for their love of coffee and last year, they imported slightly more than 550,000 metric tons. Belgium came in third for coffee imports with 268,000 metric tons.

In total, the EU imported almost 3 million metric tons of coffee in 2017, 5 percent more than 10 years ago. In total, the amount imported was worth €8.8 billion (US$10 billion).