The March of Technology 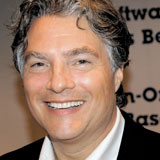 How are you going to make money at the lower margins of 2016? Freight is down, trucks are plentiful, and fuel is down so much that you need to get a lot of new business just to keep your revenue even. Not an easy environment. And it's going to get tougher.

Margins have been coming down since the late 1970s. Why would they stop now? When I started brokering in 1977, margins were usually 50 percent or more. You made a lot of money on each load, but it was all done manually, with three-part forms, ledger books, and handwritten checks.

There were many reasons for such high margins, but the primary one was regulation. Before 1980, if you wanted to become a broker or a carrier, you had to apply to the Interstate Commerce Commission (ICC) for authority. A carrier, broker, or shipper had to prove to the ICC no one else could handle their shipments—not an easy task. Existing carriers could protest your entry into the market; many fought virtually every application.

When you did get authority, it could be for something as narrow as service between only two states, or even just between two cities. Sometimes exact driving routes were part of your authority.

Regulation dated back to the Great Depression. The ICC, which regulated railroads, was ordered to protect motor carriers from unfair competition. In practice it ultimately protected them from almost all competition.

Shielded from antitrust laws, carriers could all charge the same rates, which were high enough to keep the least efficient of them in business for decades. Efficiency was not important.

Computers didn't emerge in transportation until the mid 1980s. Before then, only the largest carriers had computers—big mainframes. Meanwhile, brokers did everything on paper, with bins, filing cabinets, ledger books, T-cards, and rubber stamps (remember rubber stamps?).

In 1980, transportation was deregulated. Anyone could haul freight or start a brokerage. Prior to 1980, truckloads from New Jersey to California went for over $5,000 with regulated carriers. That's equal to over $15,000 in inflation adjusted dollars.

Predictably, rates came down, though not all at once. In the last 36 years, it has been a slow, irregular, but steady decline. In LTL, a 10-percent discount was standard for a few years; later it was 25 percent. Compare that to today's 70-percent discounts.

Luckily, affordable computers arrived just in time. In 1981, IBM released the IBM PC. Computers with hard drives become popular in the mid-1980s. By 1985, the cost of a 20 MB hard drive had come down to about $3,000, low enough for small businesses to afford. At first computers were glorified typewriters. But when the Internet took off in the late 1990s, they became communication devices. Every year, the software got a little better, increasing efficiency.

The market has changed over the years. Margins are lower, but automation is way up. Virtually every 3rd Party Logistics provider has a computer. Even with today's lower margins, you can still make a great living as a broker. As a matter of fact, there is more freight moving through 3rd party logistics providers than any other time in history. 3PLs are doing it with new and always improving technology.

I ran across an old report I wrote in the mid 1990s. Back then, this report seemed like Star Wars technology to me. It was a printed report that would match up available loads to available trucks. Magically, automatically, a dot matrix printer would just start printing a list of who to call onto the continuous green-bar paper. It worked and we moved loads because of it.

Now a 3PL needs much more than that. With today's lower margins, it's crucial to move more loads with less labor. Instead of someone having to call carriers, today's systems can automatically start emailing carriers with load offers. Instead of making 20 phone calls in 40 minutes, a burst of 20 emails can be sent out in seconds. Instead of manually calling carriers to track deliveries, 3PLs are using EDI, APIs, and options like Macropoint for cell phone tracking.

Another layer of efficiency comes from 3PL websites where customers can track shipment statuses and request quotes. More advanced 3PLs have customers printing their own invoices and PODs, even generating their own reports.

Most 3PLs today have at least a list of available shipments on their website for their carriers. More advanced 3PLs have carriers bidding on shipments and updating delivery statuses. Some allow carriers to check on payment status, and even choose payment terms. The most advanced have options for carriers to accept shipments right from the website, self dispatch, and self invoice. With shippers sending loads in via EDI, it's Uber-like. No one touches it.