The Panama Canal Expansion Will Be a Supply Chain Game Changer 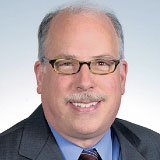 The upcoming Panama Canal expansion is much more than just a story of bigger ships and increased trade for East Coast ports. It will also have a substantial impact on the U.S. supply chain and its efficiencies. By lengthening, widening and deepening the locks, the Canal will accommodate much larger ships. In fact, the largest ships today carry just 5,000 twenty-foot equivalent units (TEUs). When the expansion opens in 2014, that number will jump to as high as 13,000.

The combination of handling much more in fewer trips at lower cost is compelling. But it's only part of the story.

Equally important is West Coast congestion. To begin, there's the matter of moving all that cargo through Long Beach and other Pacific ports. There's also the issue of where do the TEUs go next and how much effort does it take to move them to their staging destinations.

Those destinations are being pushed out further and further from the ports themselves. Today, it's difficult, if not impossible, for an importer to build a 1 million square foot distribution center much closer than 90-100 miles from Long Beach.

To help ease this congestion, other West Coast ports as far north as Prince Rupert Island, British Columbia have been expanded and modernized. But then there is always the issue of port location relative to the time to market.

That combination of factors puts the new Panama Canal at the epicenter of a strategic supply chain shift. According to Jones Lang LaSalle, 25 percent of imports currently coming through the West Coast could shift to East Coast ports as a direct result of the Canal expansion. In fact, the firm cites the Panama Canal as one of the five most compelling change agents in the supply chain going forward.

This fundamental shift will significantly change the region-of-origin orientation of the two coasts. Today the west is largely focused on Asia and the east on Europe and the Americas. Going forward, Asian imports will be much more prevalent in eastern ports.

Already cities from the East Coast to the Midwest are building new supply chain infrastructure to accommodate such a massive shift in import traffic, according to real estate giant Cushman and Wakefield.

Ports of Savannah, Charleston, Jacksonville, Miami, Baltimore and Philadelphia have announced projects to enlarge and deepen channels to make way for the larger ships. Meanwhile, the Hampton Roads and New York/New Jersey ports are already in position to benefit from the shift.

But it doesn't stop there. The non-port city of Dallas is ready to handle increased intermodal traffic. Other inland ports are expected to benefit nicely from the import shift. Of particular note are Atlanta, Chicago and Columbus.

According to Cushman and Wakefield, the mode mix of shipments is changing as shippers look to keep as much product as possible on the most efficient modes of transportation for as long as possible. This means maximizing rail and sea transport over trucking and air.

That said, the Georgia Center for Innovation and Logistics points out that the Georgia is well positioned to deliver goods quickly from its ports by highway. Cargo arriving at Georgia ports is within two or fewer days from 80 percent of the U.S. industrial and commercial markets.

And that may prove to be a major supporting factor in the coming build out of distribution center (DC) capacity in the southeast especially. Not only will more facilities be needed, but distribution networks may already be undergoing a significant shift, says Cushman and Wakefield.

The firm foresees a shift from super distribution centers to a hub-and-spoke model of smaller DCs. The driving force is the high cost of energy and the low efficiency of less-than-truckload shipments typical of the large DC model.