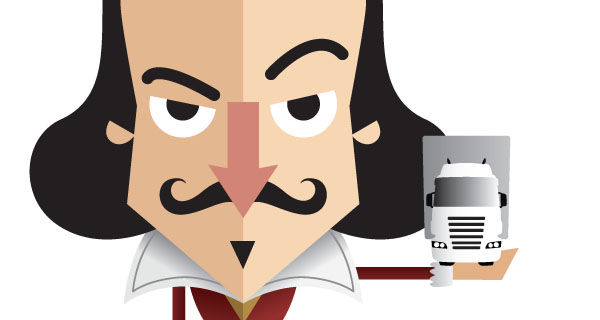 To Buy or Not to Buy: Truckers Brake on New Equipment

The threat of a double-dip recession and the promise of capitalizing on a yet-to-be-seen capacity shortage have motor freight carriers wavering on whether to invest in new equipment, according to a recent business expectation survey conducted by Chattanooga, Tenn.-based consultant Transport Capital Partners (TCP).

Carriers were split when asked if they are getting an adequate return on their investments, thereby justifying further equipment purchases.

Only 53 percent of motor freight carriers responded that they are getting an adequate rate of return, while 47 percent say they are not. Just 45 percent of smaller carriers (less than $25 million in revenues) believe they are receiving adequate returns compared to 57 percent of their larger counterparts.

"Carriers are hesitant to purchase new equipment, and new orders are clearly oriented toward replacement needs, as the desire to add capacity is the same for the last four quarters of the survey," says Richard Mikes, TCP partner and survey founder.

The survey also asked carriers what operating ratio is necessary to get a reasonable return on investment, with 82 percent of trucking companies reporting that the sweet spot is between 87 and 94 percent.

The Association of American Railroads (AAR) is suing the federal government for giving Amtrak the "authority to promulgate binding rules governing the conduct of its contractual partners – the freight railroads."

AAR is challenging the constitutionality of the Passenger Rail Investment and Improvement Act of 2008 (PRIIA), which gives Amtrak and the Federal Railroad Administration the power to develop or improve existing metrics and standards for measuring the performance of intercity passenger train operations.

Amtrak advocates note PRIIA is intended to address Amtrak's on-time performance issues, which they charge are exacerbated by freight railroads giving Amtrak short shrift as a tenant and failing to comply with the spirit—and sometimes the letter—of earlier law.

PRIIA's metrics and standards section establishes performance standards for Amtrak, says the AAR, but relies heavily on "conductor delay reports" as evidence for determining whether railroads are at fault for Amtrak missing its marks. If an Amtrak train falls below 80 percent of the on-time standard for two consecutive calendar quarters, the Surface Transportation Board can investigate Amtrak or the host freight railroad. The Board has the authority to order host rail carriers to pay damages to Amtrak.

Amtrak owns most of the Northeast Corridor, as well as offshoots such as Pennsylvania's Keystone Corridor and its New Haven-to-Springfield route in Connecticut and Massachusetts, along with right-of-way stretches in New York and Michigan. The majority of its route structure, however, operates over freight railroad rights-of-way, with Class I railroads hosting most of the network.

Now that it is officially selling more e-books than print books, and brick-and-mortar competition from Borders has crumbled, Amazon is looking to reinvent itself as a new-media innovator. While Barnes & Noble has cornered the traditional book-buying market and college bookstore operations, Amazon's transition to digital content, and the technology that supports it, has enabled it to grow at pace.

Amazon's Kindle e-book reader has been a resounding success, and its shrinking price point has expanded the appeal of digital readers and content to consumers. The company also plans to launch a tablet product to compete with Apple's iPad.

Even as sales soar, Amazon's profits have dipped as a result of continuing investment in the business. The company's aggressive development of proprietary new products is only matched by its supply chain acumen. The retailer has generated a lot of buzz with several highly charged and publicized disputes over state sales tax. Perhaps as a consequence, Amazon has been quietly orchestrating a strategy for expanding its warehouse and data center network in tax-friendly states.

Amazon recently announced it would open a 900,000-square-foot warehouse in Plainfield, Ind.—its fourth in the state—as well as a fourth distribution center in Arizona.

Its original 2011 plan was to open nine new fulfillment centers, according to Chief Financial Officer Thomas Szkutak. But that total has now risen to 15, and Amazon may expand beyond that as its distribution network follows the growth of its product portfolio.

While findings reveal that truck drivers have myriad concerns related to CSA, ATRI discovered that most drivers don't have a solid understanding of what CSA is and does.

Among the survey findings, 77 percent of drivers incorrectly believe that a trucking company inherits past violations from new hires. Job security concerns also exist, with nearly two-thirds of drivers somewhat or extremely concerned that they will lose their jobs as a result of CSA.

"Motor carriers, state trucking associations, and FMCSA collectively need to do more to educate drivers about CSA, and what it does and does not mean for their jobs," notes Ed Crowell, Georgia Motor Trucking Association President and CEO. 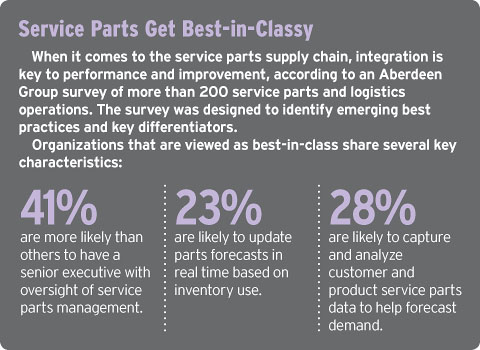 Related Articles
Own the Transportation Conversation: Debunking Common Truckload MythsTwo Generations with a Drive to Serve, Grow and InnovateTrucking Influencers Take Over5 Ways to Improve and Optimize Driver RetentionPowerful Ways Employee Ownership Can Impact Your BusinessWhat's the first thing you would do to address the truck driver shortage?Trucking Strategies to Keep Your Freight Moving2021 Trucking Perspectives2021 Top 100 TruckersTrucking Transformation More related articles...