Trucking as a Driver to Economic Recovery 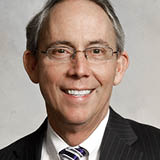 Trucking serves as a barometer of the U.S. economy, representing more than 67 percent of tonnage carried by all domestic freight transportation modes, including manufactured and retail goods. Forty-four percent of all wage earners in the United States work in the transportation sector. The trucking industry also accounts for five percent of the nation's gross domestic product.

Transportation is a segment of the economy where job opportunities look favorable — especially for drivers, according to the Bureau of Labor Statistics. On average, truck drivers earn $39,000 to $50,000 per year. Among other employment positions within transportation, truck drivers and first line supervisors are among the top wage-earners. And driver wages are increasing, according to a third-quarter 2011 survey by Transport Capital Partners LLC (TCP).

As the trucking sector sees increased demand for its services, fleets are in need of drivers. The driver shortage will reach 111,000 by 2014, according to the American Trucking Associations. Unemployment figures remain high, and not only does the transportation sector hold potential for those seeking work, but many of the employment and driver retention practices used in the trucking industry can be applied to other sectors of the economy.

Vacancies on the Decline

While 70 percent of carriers had difficulty filling driving positions, the percentage of firms that reported 10 percent or higher vacancies fell from eight to one percent from the second to the third quarter 2011, according to the TCP survey.

Additionally, less-than-truckload (LTL) carriers face less of a driver shortage than their truckload counterparts, because it is easier for LTLs to attract employees who are interested in driving local routes that allow them to return home every night.

While hiring qualified and experienced drivers remains the linchpin for filling driving vacancies, many carriers are also seeing success with promoting from within - giving employees, such as dockworkers, the opportunity to create a career path within transportation by training to become drivers. Equipping employees with the tools to acquire their commercial driver's license and advance within the company can be seen as the best approach to developing a team of hardworking and dedicated drivers.

As businesses continue to search for fast, reliable, and cost-effective ways to ship goods, the trucking industry is expected to see 13 percent growth. A well-trained workforce yields dependable service that will have shippers flocking to use carriers who constantly deliver.