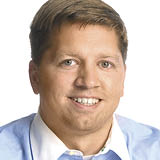 An Inbound Logistics article in October 2003, "Understanding Incoterms," does an excellent job of explaining the concept of Incoterms, why they are necessary and how they work. We'd like to bring this article up-to-date with a discussion of the changes to Incoterms that began in January 2011.

To recap, Incoterms are an internationally accepted set of standard commercial terms used between buyers and sellers. The terms determine who pays the cost of each transportation segment, who is responsible for loading and unloading of goods, and who bears the risk of loss at any given point during an international shipment.

Managed by the International Chamber of Commerce (ICC), Incoterms are amended every 10 years. Recent changes saw the deletion of four existing terms and their replacement with two new terms. This brought the total number of Incoterms from 13 to 11.

Understanding the Changes to Incoterms

Formerly, categories of Incoterms reflected the stages of shipment—departure, carriage (paid and unpaid) and arrival. With the 2010 revisions, the ICC recognized that the evolution in trade, supply chain management and cross-border security warranted changes to the rules and the way they are organized.

The rules are now divided into two categories that better reflect the usage of Incoterms for multiple modes of transit—one set for any mode of transportation, the other specifically for water. The first set can certainly be used for ocean, but also applies more broadly to road, rail and air. The second set refers to ports, so is exclusively for water transport, and it eliminates the confusion around the use of FOB by making it clear that the term is only for water shipments.

Deliveries by any mode of transport (sea, road, air, rail)

The 2010 Incoterms make more general use of the terms "terminal" and "place," acknowledging that these locations are relevant across modes. The rules that were added—Delivered at Terminal (DAT) and Delivered at Place (DAP)—made four of the previous rules superfluous. Those were DAF (Delivered at Frontier), DES (Delivered Ex Ship), DEQ (Delivered at Quay) and DDU (Delivered Duty Unpaid).

An objective of the ICC for Incoterms 2010 was to foster uniformity and certainty in global business transactions, thereby reducing the potential for costly disputes. The Incoterms changed to state that export and import formalities only have to be complied with where necessary, reflecting their usage in places where these formalities have been reduced by trade agreements or trading blocs. Many countries, such as the US, are also adopting Incoterms for domestic transport, and the 2010 rules flexibly support that application.

Aside from additions and deletions to the Incoterms themselves, there were other changes in their usage.

Electronic communication— Incoterms 2010 allows for "electronic record or procedure" where this is agreed or customary. This is a progression from previous Incoterms, which only allowed for the use of Electronic Data Information. The change facilitates the adoption of new electronic procedures and supports those already in use.

Security clearance— Buyer and seller must cooperate more closely, since Incoterms 2010 allocates their obligations to supply information needed to obtain export and import clearance. This increased degree of cooperation required is a result of growing concern over security and chain-of-custody for shipped goods.

String sales— String sales, or the multiple sale of goods during transit, is clarified in Incoterms 2010. Specifically, FCA, CPT, CIP, FAS, FOB, CFR and CIF Incoterms are amended to provide that the seller in the middle of a string sale has an obligation to "procure goods shipped" and not to "ship" the goods. The seller's obligation to contract for the carriage of goods has been amended to allow the seller to procure a contract of carriage.

Remember that Incoterms are not implied in the buying and selling of goods. They must be specified, along with designation of location. If you wish to still use the 2000 version, you must explicitly state that, otherwise the 2010 rules apply by default.