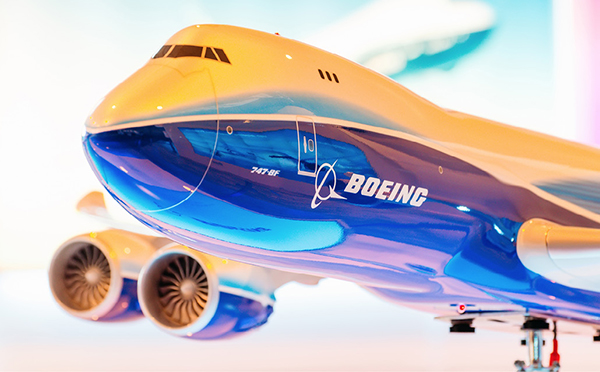 A single Boeing aircraft is composed of more than 3 million parts, making its supply chain a massive global undertaking. Successfully managing such a complex operation requires rigorous planning years in advance to accurately predict changes in demand and adapt accordingly. How does the company do it?

Partnerships: Before 2007, Boeing sent designs to each partner producing its components; the partners would then send the parts to Boeing for testing and assembly. With its 787 Dreamliner aircraft, however, Boeing worked with suppliers to design, test, and validate their own parts, which reduced costs, increased productivity, and sped up delivery.

Adaptability: Boeing's expansive supply chain enables the company to adapt to different market demands around the globe. When Japan and China started to build their own products, Boeing began selling more of its products in those countries to offer a more economic option. Boeing also brought back more of its operations, such as building the Boeing 777's wings, to the United States.

Reusing parts: To manage costs and keep up with demand, Boeing harvests retired planes for serviceable materials. Tearing down a single airplane can salvage up to 6,000 parts for reuse. Boeing previously outsourced these teardowns, but now handles them from start to finish.

COVID-19 response: As air travel declined, Boeing shipped more than 2,300 3D-printed face shields to the Department of Health and Human Services and airlifted more than 150,000 units of personal protective equipment from China to the United States in May 2020. As countries start to reopen, Boeing has resumed some of its aircraft operations.

There's Electricity in the Air

Traditional aircraft production stalled as a result of COVID-19, but all-electric aircrafts may be a source of business for suppliers, and aid in commercial aerospace supply chain recovery.

For example, Toray Industries, which supplies carbon fiber materials for Boeing and Airbus aircrafts, is set to lose revenue as a result of the decrease in aircraft orders during the pandemic. However, the supplier signed an agreement in July 2020 with Lilium, a German electric aircraft startup, to supply carbon fiber composites, leveraging an opportunity in all-electric aircrafts.

Trends after crises occur indicate that the demand for smaller aircrafts recovers more quickly than the demand for larger aircrafts, which require a higher volume of freight or passengers to be profitable. Thus, the short and cheap flights offered by small, all-electric aircrafts can help meet demand in the near term.

These aircrafts will likely be available in the near future. MagniX, a developer of all-electric aircrafts, expects certification from the U.S. Federal Aviation Administration in late 2021, while other industry analysts expect that air freight and passenger volume may recover by 2023. This indicates that all-electric aircrafts could play a role in the recovery of the commercial aerospace industry.

The spread of COVID-19 particularly affected mid- to lower-tier suppliers in the commercial aerospace manufacturing supply chain, according to Deloitte's Midyear Aerospace and Defense Industry Outlook report. Other major findings in the report indicate:

A resilient defense sector. Military projects have been a priority as the U.S. federal government strengthens its defense industrial base. The sector's rate of growth may decrease in 2020, but manufacturers were largely protected from disruption by a solid defense budget and the Department of Defense's policy decisions.

Advanced technology is key. Technology is the most important factor in combating challenges, such as workplace safety, brought by the pandemic. Advanced technologies are expected to drive businesses' recovery and better position them to adopt robotics and automation, which will make the manufacturing process more efficient as companies operate with reduced workforces.