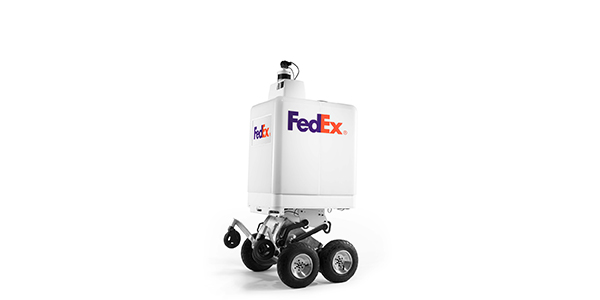 The latest news and trends impacting the retail supply chain

For retailers, it's a race to the finish line to solve the crucial last mile of delivery. FedEx hopes to help its retail partners win that race.

Amazon Pops Up, Pops Back Down

Recognizing where and how your customers like to shop is critical to maximize spending, maintain efficiency, and ensure longevity. Amazon is adjusting its retail strategy to do just that.

Amazon took advantage of flexible pop-up leases to learn more about its consumer base, allowing it to experiment relatively risk-free. Based on its findings, the company is shaping its retail strategy accordingly. Moving forward, Amazon plans to allocate its efforts in a different way. Instead of continuing the pop-ups, the company has decided instead to invest in expanding the more-successful Amazon Books and Amazon 4-Star stores.

In today's retail environment, innovation is the name of the game to attract customers. Shoe retailer DSW is no stranger to this concept, creating an unlikely match made in heaven.

Since 2017, the company has experimented with adding nail services in two of its Columbus, Ohio, stores in a partnership with W Nail Bar, jumping on the opportunity to satisfy multiple consumer needs at once: allowing patrons to shop for a new pair of sandals and get their feet ready for display, under one roof.

Within a two-day period, major retailers JCPenney, Gap, Victoria's Secret, and Foot Locker announced massive closures, totaling approximately 465 stores. Although disheartening, the news isn't much of a surprise in an era when online purchases reign supreme.

In the fourth quarter of 2018, Gap, JCPenney, and Victoria's Secret reported a decline in sales. And while Foot Locker actually reported some growth, it still plans to close more than 165 stores. Gap is expected to close 230 locations and JCPenney plans to close 18 stores, although industry experts predict more closures will follow. Victoria's Secret plans to shut down 53 stores this year after seeing a 3-percent decline in sales.