When to File Loss and Damage Claims: Know Your Rights 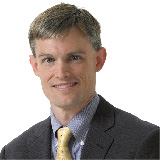 Damage, loss, and delays are inescapable. When these events occur, the shipper has to file a claim to recover the loss. Shippers should understand the claims process and law because the legal principles are unique to the shipping industry.

First, it is important to understand that a cargo claim is based on a breach of contract by the carrier, and not whether the carrier was negligent. In a transportation contract, the carrier agrees to move cargo and the shipper agrees to pay the carrier. Implicit in this arrangement is that the cargo will arrive undamaged. If the cargo is lost, damaged, or delayed, the basic contract for carriage has been breached.

In order to prevail on a claim, shippers have the initial burden of proving their claim. Shippers must prove good condition at origin, damaged condition at destination, and the amount of damages. After establishing these three elements, the burden of defense shifts to the carrier.

The mode of transportation dictates which legal principles apply. For instance, motor, rail, domestic water, international ocean, domestic air, or international air all have different time limits for filing claims and different deadlines for initiating lawsuits if a claim is denied.

The starting point for rail and motor carriers are two federal statutes—one for rail and one for motor—that are colloquially known as the Carmack Amendment.

The Carmack Amendment also sets minimum time standards for filing claims (nine months from the date of delivery) and for initiating lawsuits (two years from the date the claim is denied).

The essence of the Carmack Amendment is that carriers are considered to be virtual insurers and are strictly liable for cargo claims. There are, however, five recognized exceptions or defenses: an inherent vice of the product or an act of God, the public enemy, a public authority, or the shipper. The carrier must also show that it was free of negligence.

The Carriage of Goods by Sea Act (COGSA) governs ocean shipments to and from the United States. Under COGSA, an ocean carrier has 17 defenses, including act of God and latent defects not discoverable by due diligence. As with the Carmack Amendment, however, even when the facts establish such a defense, the carrier must also show that its negligence did not contribute to the loss.

For ocean shipments, the timeline to file a claim is only three days from delivery, and the deadline to file suit is one year from the date of delivery.

For air carriage, different rules apply depending on whether the shipment is domestic or international. For domestic shipments, the air carrier's tariff sets the time limits and limits of liability. These limits can be short—seven days or fewer. The limit of liability can also be low—50 cents per pound.

For international shipments, the Montreal Convention of 1999, an international treaty, sets the time limits and limits of liability. A claim must be filed within 14 days of delivery for damage and within 21 days for delay.

Whatever the mode, the first step to recover a loss and damage claim is filing a claim. Shippers must file the claim with the transportation carrier, and not the insurance carrier. A claim filed with the insurance carrier is not considered a duly filed claim for purposes of meeting the claim-filing time limit.