Why Global Trade Needs a Rebrand 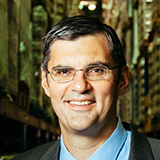 In 2016, doubts about the wisdom of trade deals factored heavily in the UK’s vote to leave the European Union and in the outcome of the U.S. presidential election. Skepticism about the benefits of free trade has been bubbling for years.

In the United States, President-elect Donald Trump has vowed to kill the 14-nation Trans-Pacific Partnership agreement, a deal beset by criticism before it was even negotiated. Trump also pledges that the United States will renegotiate the North American Free Trade Agreement (NAFTA) with Mexico and Canada, and adopt a more protectionist posture toward China.

So as we look for sources of economic growth in 2017 and beyond, perhaps it’s best not to focus on grand trade bargains. To revive trade-led growth, we need to look more closely at the bureaucracy and red tape that slow trade and make it more costly than it should be.

The backup at the border is, in large measure, the result of regulations that can be streamlined, eliminated, or made consistent from country to country. These Non-Tariff Measures (NTMs) range from certifications, inspections, and labelling and licensing rules, to measures aimed at protecting domestic producers, such as government procurement regulations, local-content rules, and quotas. Compliance with G20-country NTMs cost the world’s 48 poorest countries around $23 billion per year and are hugely damaging to small producers exporting to Europe.

In the past, tariffs have been the biggest obstacle to the flow of goods, but with tariffs at all-time lows, the focus needs to turn to regulations that are choking trade, hurting businesses, and costing consumers.

A look at the World Bank’s “Trading Across Borders” guide shows how inefficient trade can be in some countries. To ship to the Democratic Republic of Congo, senders will spend the equivalent of 804 hours–that’s 33.5 days–on paperwork, inspections, and waits for approval, costing $3,900 (not including tariffs and transportation). The same process takes around a day in Austria, where the cost to comply with documentation and inspections is closer to $1.

In a sign that inefficiency is on the rise, 24 of the 50 countries in the 2017 Agility Emerging Markets Logistics Index experienced a year-on-year erosion in their overall competitiveness (including trade infrastructure and business climate). Conditions deteriorated in seven of the world’s top 10 emerging markets: China, Saudi Arabia, Indonesia, Brazil, Malaysia, Russia, and Chile.

Today, visibility into the supply chain is clearer than ever, dramatically cutting the time from order to production and shipment. To bring the same transparency and efficiency to trade bureaucracy, we need common sense changes: automation of manual processes, creation of “single-window documentation,” elimination of needless regulations, harmonization of others. Doing so would cut trade costs by as much as 15 percent and add $1 trillion a year to global GDP, the World Trade Organization estimates.

If we can relubricate trade by removing regulations and other points of friction, we can also start to rebuild the larger political consensus for trade. In a single generation, the integration of markets and the free flow of goods, investment, and people have lifted half of the world’s extreme poor from abject poverty. Now is not a time for retreat.

We need to change the perception that big business is the main beneficiary of free trade. Small and medium-sized businesses are the ones with the most to gain. SMEs need to become the principal advocates for any major new trade initiatives. They can start by rallying behind the elimination of the red tape that harms their competitiveness.