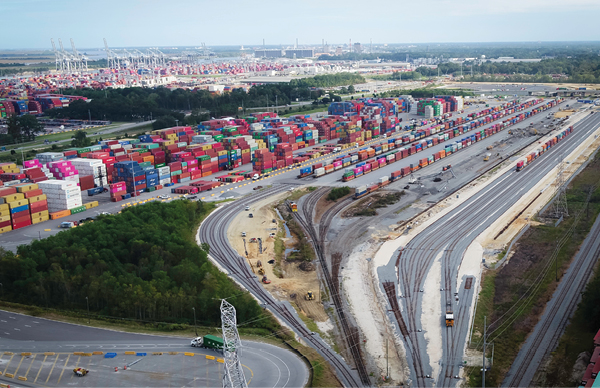 Phase I of GPA’s Mega Rail Project Set to Open

The Port of Savannah is the Southeast’s busiest intermodal gateway. However, the Georgia Ports Authority is making a series of infrastructure improvements that set the stage to capture greater market share.

Phase I of the project will open in the spring of 2020, with full completion expected by the end of the year. The rail expansion will improve efficiency and double terminal rail lift capacity to 2 million TEUs per year. Unit train capacity on terminal will build density into the system, and enable rail providers CSX and Norfolk Southern to deliver faster, more frequent rail service to markets along the Mid-American Arc from Memphis to Chicago and the Ohio Valley.

From ship to shore to on-terminal rail, the speed and efficiency of GPA’s intermodal services are unmatched. With the addition of the Mason Mega Rail Terminal, service to Mid-American Arc cities becomes more competitive.

Find this and MORE at gaports.com